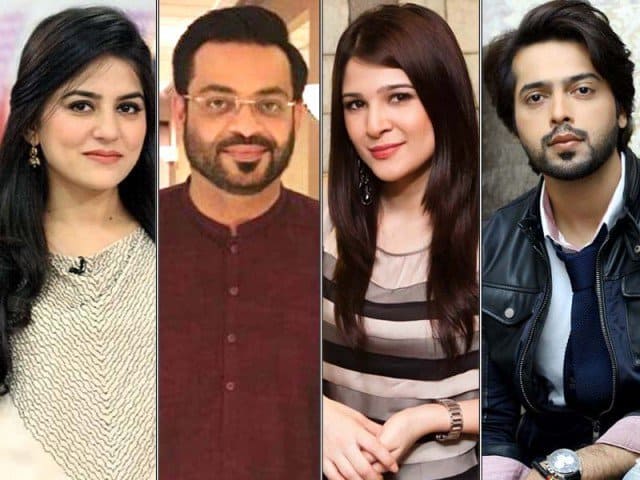 The resolution stated that Ramzan transmissions are hosted by people who have no knowledge of islam, adding that this upsets Muslims every year.It demanded that only religious scholars should be invited to the programmes who have spent their entire life in teaching and learning the religion instead of people associated with the showbiz.

The past few Ramazans have seen a plethora of Ramazan transmissions where we witnessed a gigantic number of absurd things happening; from people being force-fed mangoes to babies being distributed. The struggle has, indeed, been real. Pakistani celebrities who have been at the forefront of these transmissions these past few years include some big names such as Fahad Mustafa, Juggan Kazim, everyone’s favorite Amir Liaqat Hussain, Hamza Ali Abbasi, Sanam Baloch and more. A humungous number of people have opposed the content of these transmissions through and through for obvious reasons but nothing hadn’t really been done about it until recently.

Through the resolution, the Punjab Assembly has requested the federal government to make sure that TV channels manifest regard for Ramazan and invite religious scholars to these transmissions.

The ‘Qarardad‘ was submitted in the Assembly on behalf of Maulana Muhammad Muavia Azam – Pakistan Rah-e-Haq party’s parliamentary leader. It stated that since the transmissions are hosted by people (celebrities) who have no affiliation with the Islamic faith, it impacts the spirit of Muslims resultantly.

The resolution also appeals to the PEMRA to enforce the said ban. Nothing has been confirmed by PEMRA as of yet so we are just going to keep our fingers crossed.

The resolution included an appeal to PEMRA to enforce the proposed ban. PEMRA has yet to issue a statement on the matter. #Ramadan #pemra #Pakistan pic.twitter.com/NIs7svirte

What do you think of the whole situation? Let us know in the comments.