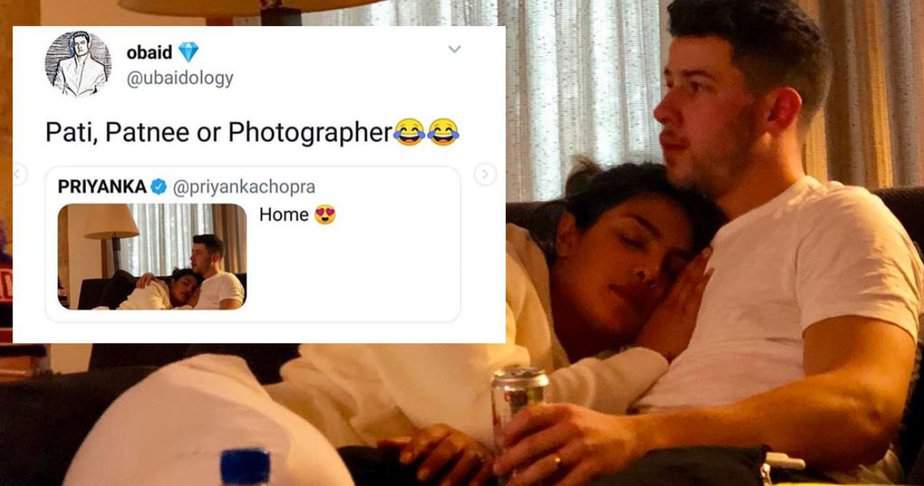 Newlyweds Priyanka Chopra and Nick Jonas have never shied away from publicizing their romance, from their extravagant red and white wedding to all their honeymoon photos – the two really have internationally accentuated their love for one another with aplomb.

Priyanka and Nick are in their honeymoon phase, and we’re a part of it too, what with all the posts the lovebirds have been posting up on social media (not complaining at all, just FYI).

The actress recently posted this picture of herself falling asleep in Nick’s arms on social media, and while it is really cute – it got trolled MASSIVELY and we legit cannot stop lolling. 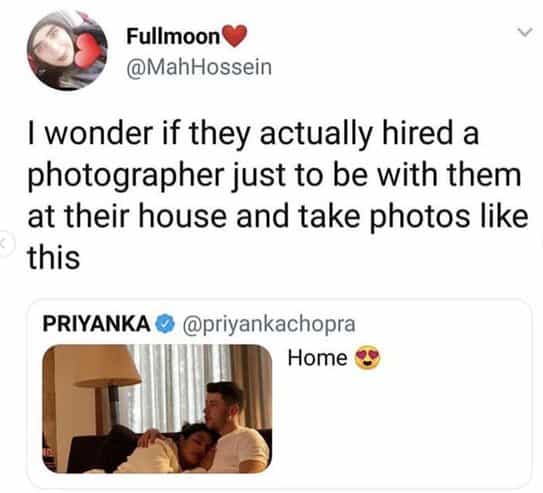 With many joking about how their photographer practically lives with them to capture every moment of the couple. 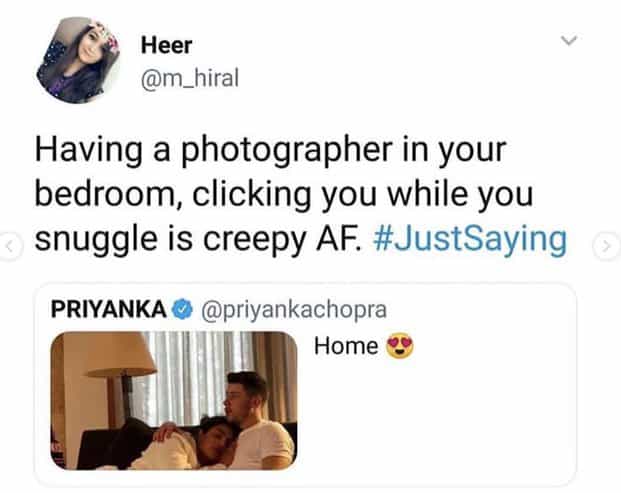 Some people were creeped out by the thought of a photographer constantly picking up their every move.

There were puns on movies like ‘Sahib Biwi Aur Gangster’ LOL!

Many didn’t believe the photo was authentic and labeled it as staged.

This relationship is so staged why are y'all so obvious

Does your photographer stay your Home? 🤣😂

Write Your Comments Below About the Photo.