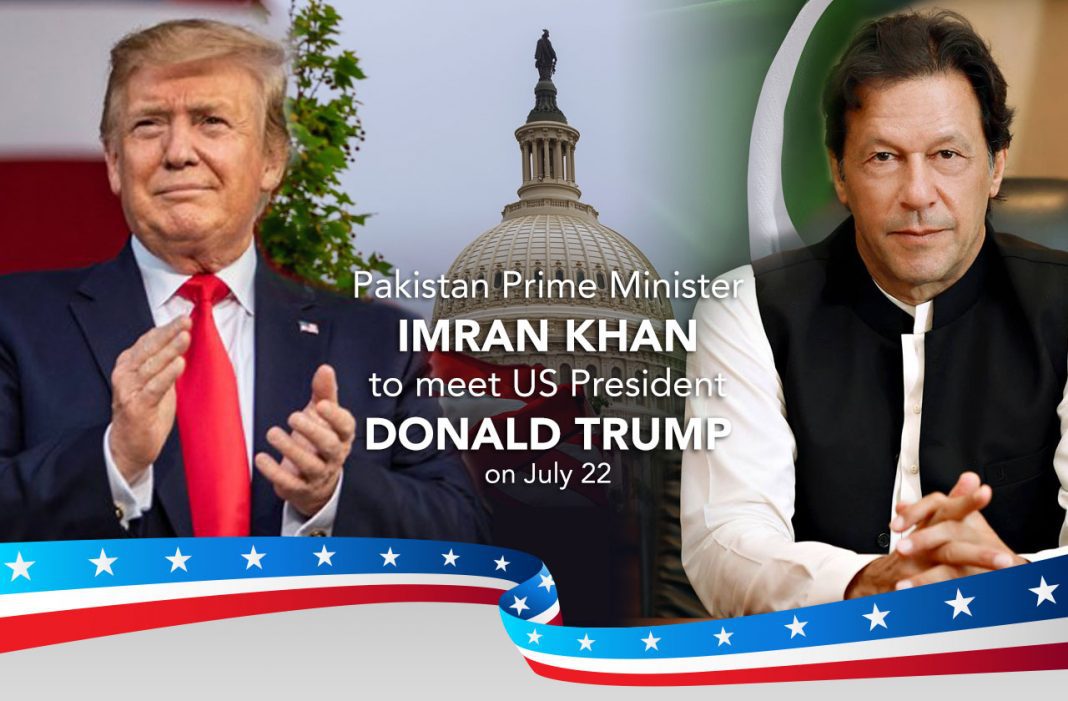 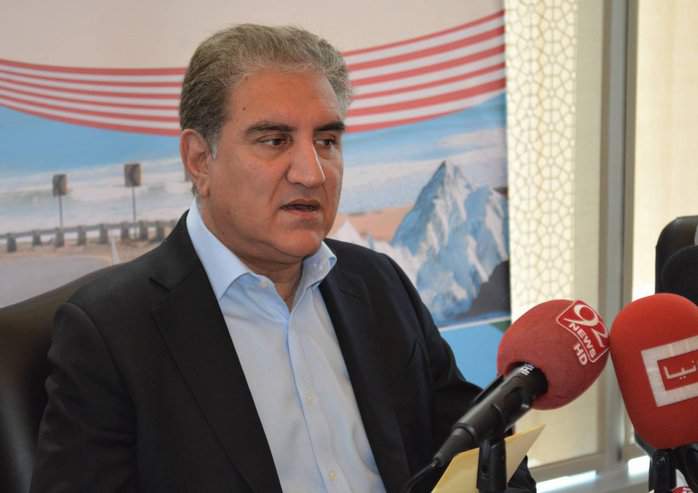 “We are here to reset our bilateral relationship,” the foreign minister told a press briefing ahead of Prime Minister Khan’s arrival in the U.S. capital for a visit on the invitation of President Donald Trump.

Qureshi said Prime Minister’s July 22 talks with President Trump at the White House will highlight the points of convergence where cooperation can be mutually beneficial.

“We want to take forward an environment of trust and cooperation that has developed between the two countries from a low point in the ties.” 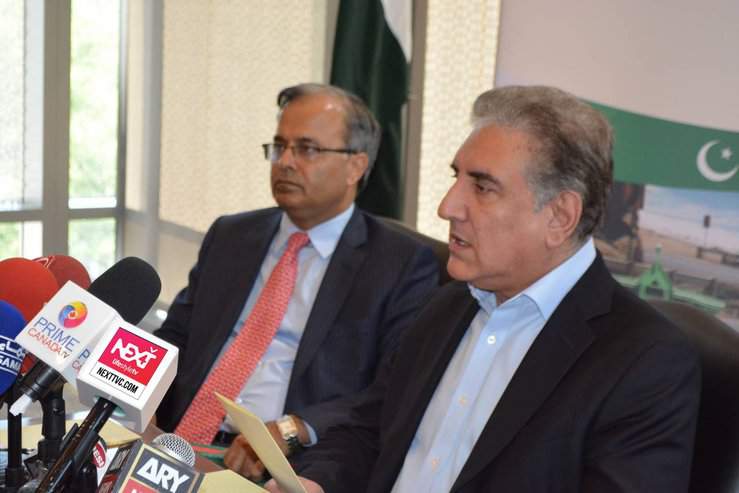 Pakistan’s relations with the United States have shown a gradual improvement under the Imran Khan government, which has cooperated with the Trump Administration’s goal of resolving the Afghan conflict through negotiations involving the Afghan Taliban.

“The relationship has moved from coercion to cooperation,” Qureshi said, referring to meetings between chief diplomats of the two countries and the Trump  Administration’s praise for Pakistan’s role toward pushing Afghan peace process.

“We have a realistic and pragmatic approach to Pakistan-US relations.  I do not want to raise unrealistic expectations.  The basis is going to be honesty.”

Besides a meeting between PM Khan and President Trump, the two sides will have extended discussions at the White House. 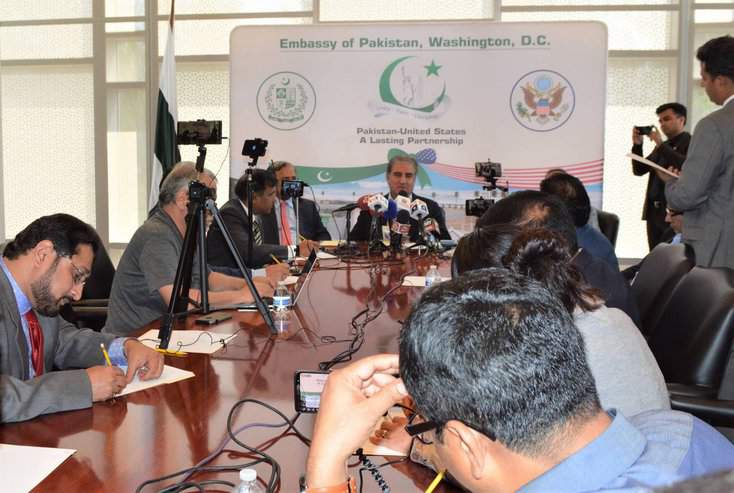 Pakistan’s Army Chief Gen Qamar Javed Bajwa will also accompany Prime Minister Khan to bilateral engagements during the visit. FM Qureshi said this shows there are no disconnects between Pakistan’s top political and military leaders, as had been the case previously.

FM Qureshi said the Imran Khan government is not begging for aid but wants to cement economic and investment cooperation. “We will not compromise on Pakistan’s national interests,” Qureshi said.

He saw a visible change in the environment conducive to enhancing Pakistan-US ties since the two sides started a series of diplomatic engagements in 2018 and Pakistan’s cooperation with the United States on the question of Afghan peace. The foreign minister explained as the U.S. goes for a political solution in Afghanistan and extricate itself from the conflict there will be greater space for a focus on expanding Pakistan-US bilateral relations in potential areas of interest. 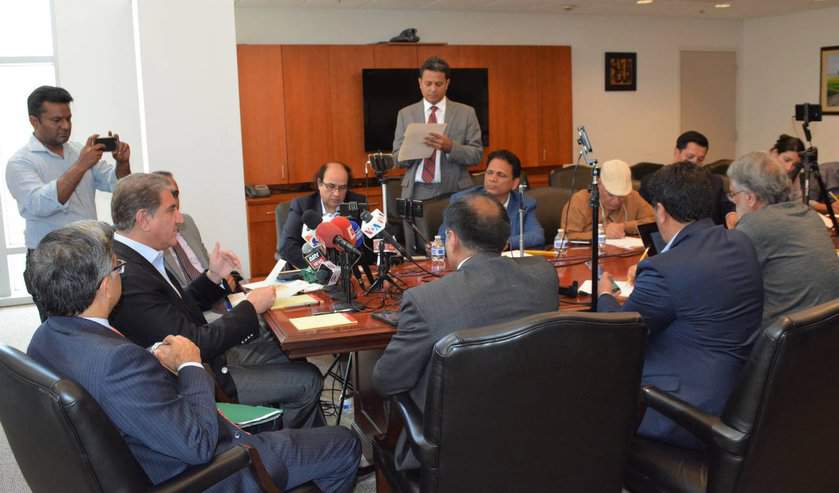 Qureshi listed a number of areas of convergence between Islamabad and Washington including the desire for peace in Afghanistan and a peaceful South Asia, which he said, has remained behind other developing regions due to the absence of durable peace.

On Kashmir, he said, it is a flashpoint and citing recent UN reports about the human rights violations in the Indian-controlled territory, said there is much greater international understanding about the gravity of the situation in the UN-recognized disputed territory.

In this context, Qureshi acknowledged the US role in defusing Pakistan-India standoff in the wake of Pulwama attacks. 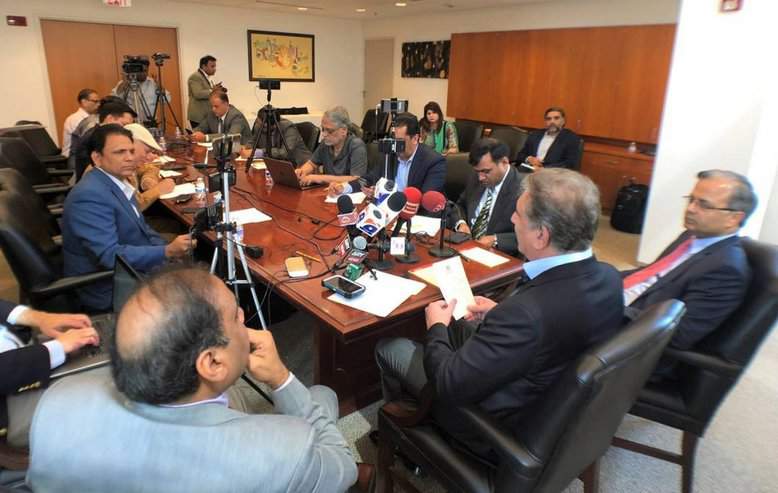 He also referred to Pakistan’s relations with China and said Pakistan is open to US investment in China Pakistan Economic Corridor.

“They are welcome to come and invest,” he said of the possibility of the US being part of the investments in economic zones. Pakistan’s Ambassador to the United States Asad M Khan was also present during the Press briefing. 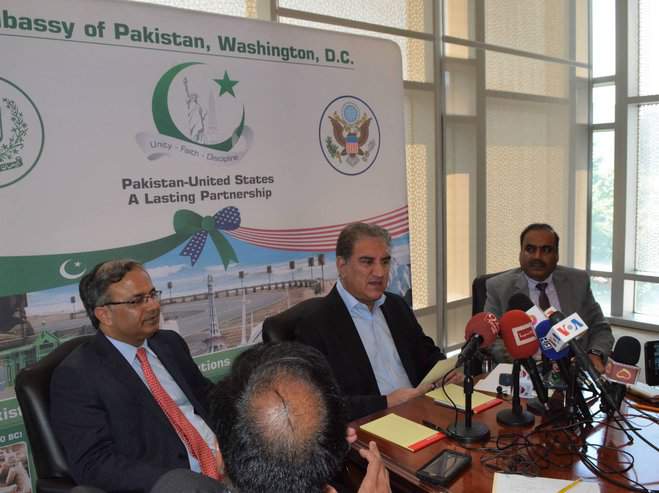 During the visit, Prime Minister Khan will address a gathering of Pakistani community in D.C., have a meeting with Secretary of State Mike Pompeo, meet Senate Foreign Relations Committee and address members of US Pakistan Business Council. The prime minister will also interact with members of Pakistan Caucus on the Hill, which, the foreign minister says, has the bipartisan support of around 40 members of Congress.