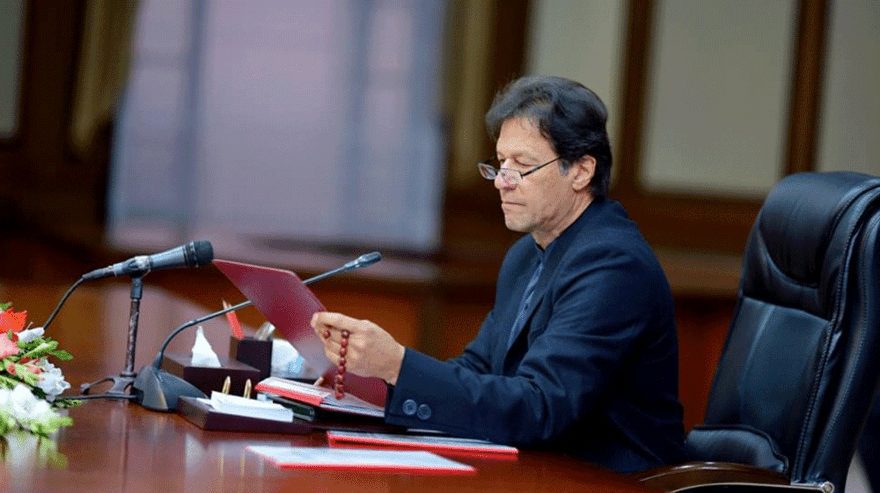 Has indicated that he would not step down under any circumstances and claims to be triumphant in this no-confidence motion problem.

This he said while talking to journalists in Islamabad. PM Imran said he will show his trump card a day before voting on a no-confidence motion against him.

After a public rally on March 27, Prime Minister Imran Khan announced that opposition politics would cease and the allies will express their support for the PTI-led government.

Imran Khan, Pakistan’s prime minister, promised that the war had just just started and that he would win.

The prime minister emphasized that his statements on neutrality were misread and that he made the remarks in the context of ordering virtue and prohibiting vice. He added he had excellent ties with the Pakistan Army.

According to the prime, Maulana Fazlur Rehman is the team’s 12th player and should be kicked off immediately.

Pakistan’s Prime Minister, Imran Khan, ruled out the prospect of cooperating with Shehbaz Sharif of the Pakistan People’s Party-Nawaz (PPP-N).

He said that the Supreme Court has taken over the reference to the president in order to guarantee that votes are not sold and horse-trading is eliminated from our system of politics.

PM Imran also revealed that he had a meeting with former Interior Minister Chaudhry Nisar and said that the two men had known each other for more than 40 years.

It’s worth noting that Khan’s detractors have rallied tens of thousands of supporters behind a campaign alleging that he’s bungled the economy, government, and foreign policy.