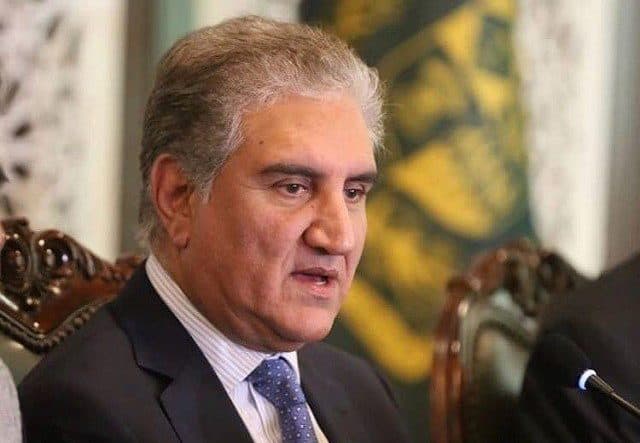 Foreign Minister Shah Mahmood Qureshi on Saturday reiterated that Pakistan wants to see a peaceful and democratic Afghanistan while establishing smooth relations with its neighbours.

Addressing the inaugural session of the conference on Afghan peace titled ‘Lahore Process’ in Bhurban, he added that advancing the cause of peace and stability in Afghanistan was in Pakistan’s own national interest.
There are no two other countries in the region or the world that have so much in common than Pakistan and Afghanistan. Pakistan’s role in helping the Afghan nation reclaims its sovereignty after the foreign occupation in 1979 and hosting of millions of Afghan refugees for over four decades remains a testimony to the closeness as well as the sense of duty our people feel towards our Afghan brothers and sisters.”

The foreign minister said: “Pakistan’s perspective on Afghanistan is clear. We support an Afghanistan that is at peace with itself, and at peace with its neighbours. We respect the sovereignty and territorial integrity of Afghanistan.”“We remain firmly committed to a peaceful, stable, united, democratic and prosperous Afghanistan. We are determined to build our bilateral relationship on the principles of non-interference, mutual respect and common interest.”

“The decades-long conflict has brought huge suffering to both the people of Afghanistan and Pakistan. After the Afghan nation, no one has suffered more than the people of Pakistan due to this persistent instability and conflict. Pakistan’s security continues to be deeply influenced by the security situation in Afghanistan.”

“Let this be absolutely clear, no one in Pakistan subscribes to any notion of so-called ‘strategic depth’ in Afghanistan. We must not let anyone resurrect this dead horse to advance their propagandistic aims or seek to sow the seeds of misunderstanding between us and our Afghan brethren.”Qureshi said Pakistan wished to see a friendly Afghanistan, governed by elected leadership, representative of the aspirations of all Afghans.

“For far too long, the vicious circle of mistrust, often fed into by our common enemies, has affected our relationship. The blame-game has not helped either of us. It is indispensable to move away from this negative paradigm. It is incumbent upon the leadership of the two countries to take practical steps to build mutual trust and confidence,” he said.Qureshi insisted that Pakistan and Afghanistan must not allow their respective territories to be used by anyone.

“We must also remain vigilant of the other forces that wish to create misunderstandings and divisions between us. We must not allow them to harm our brotherly relations. We both have the same objective of long-term peace and prosperity in Afghanistan and the region.”

Afghan refugees regard Pakistan as home.The minister continued, “Prime Minister Imran Khan has for long been personally committed to peace and reconciliation in Afghanistan. In addition to playing our role in the peace process, Pakistan also remains committed to the Afghan reconstruction and development efforts, post-settlement. Pakistan will continue to deepen its engagement with all sections of the Afghan society and their representatives in further cementing these achievements, as per expectations of the people of Afghanistan.”