Acting U.S. Defence Secretary Patrick Shanahan is focussed on de-escalating tensions between India and Pakistan and urged them both to avoid further military action, the Pentagon said on Wednesday, without saying if he had spoken with his counterparts from either nation.

In a statement, the Pentagon said Shanahan had spoken with senior U.S. military officials about the situation.

“Acting Secretary Shanahan’s focus is on de-escalating tensions and urging both of the nations to avoid further military action,” the statement added.

Given domestic political considerations, and coming on the heels of the Pakistani retaliatory move, I doubt India is ready for deescalation just yet. But the captured Indian pilot gives Islamabad a key bargaining chip that may affect just how muscular Delhi's next move could be.

A Pakistani retaliatory strike has been followed by a conciliatory speech from PM Khan calling for deescalation. India now in a tough spot.

If India wants #Abhinandhan to be treated under the Geneva Convention on Prisoners Of War, then it means #India is admitting it has declared a War on #Pakistan.

And if they have declared a war then they have to present a proof of reason for the war.

Otherwise it is terrorism.

Ambassador Dr. Asad M. Khan briefed US & international media representatives at the Embassy of Pakistan, 27 Feb 2019. During the briefing, Ambassador covered a range of issues including deteriorating peace and security situation in the South Asian region. 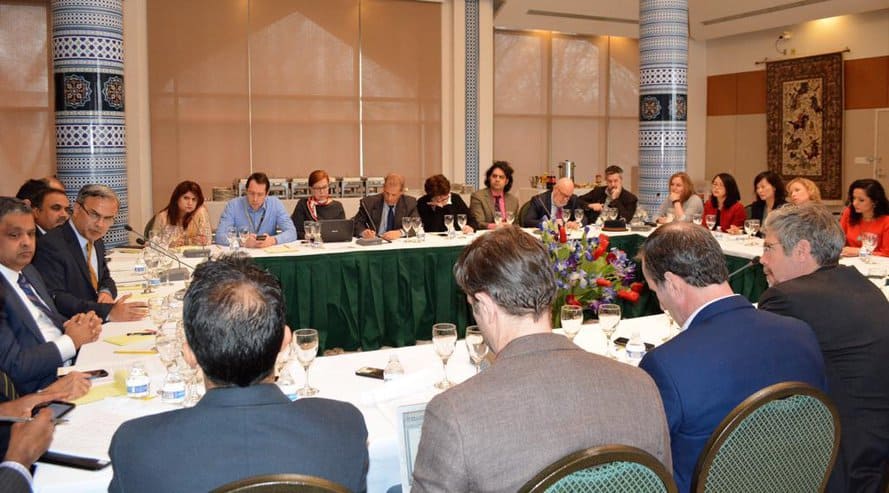