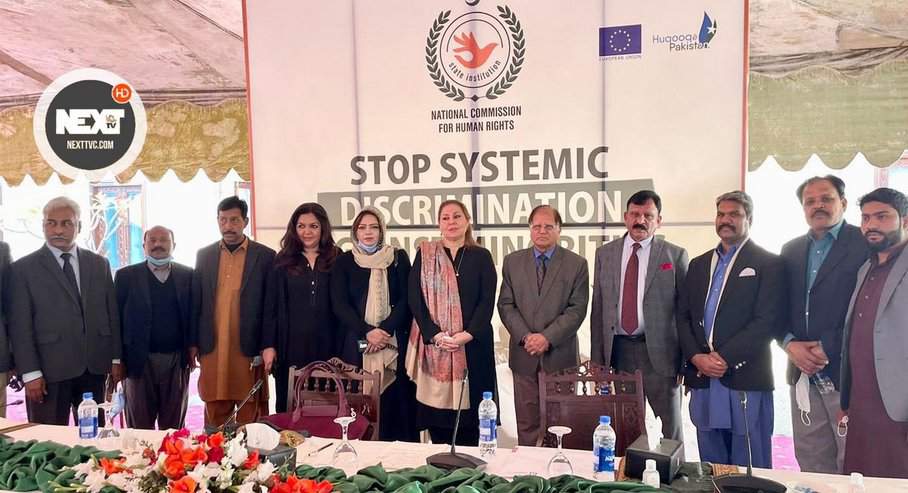 In line with its mandate to address violations of human rights, the National Commission for Human Rights (NCHR), in collaboration with EU funded Huqooq-e-Pakistan (HeP) project, on Tuesday launched an awareness campaign on systemic discrimination against Christian sanitary workers.

The campaign was launched at the conclusion of NCHR’s day-long civil society consultation held to get stakeholders’ feedback on the Commission’s four-year strategic plan. The event was attended by members from the civil society and professionals from print, electronic and digital media. 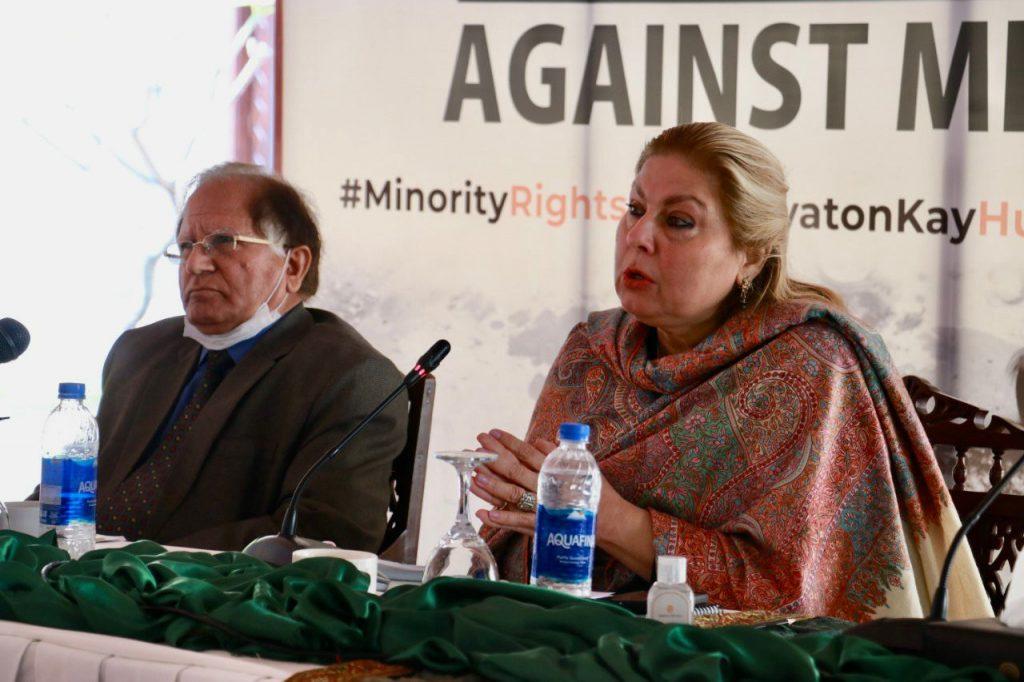 The campaign also features sharing of messages around the issues through print, electronic and digital media, a series of online posts on the discriminatory ads that appear for the hiring of sanitation workers, posts on facts related to the Government’s quota system and how it is skewed to discriminate against minorities, showcasing of similar cases such as Sargodha deaths through print, electronic and digital media.

Speaking on this occasion, Chairperson NCHR Rabiya Javeri Agha shared that the Commission intends to file a suit against the Government to remove the discriminatory language in the advertisements for employment of sanitary workers. “Such advertisements are in violation of Article 27 of the constitution of Pakistan as well as the violation of international treaties ratified by the government especially Article 1 of Universal Declaration of Human Rights and Article 1-7 of the United Nations Convention on the Elimination of Racial Discrimination.”

She said that in 2009, Pakistan introduced a quota of 5 percent for minorities on all federal and provincial Government posts. “However, the Annual Statistical Bulletin of Federal Government Employees 2017–18, states that only 2.8 percent were hired, and most of them were concentrated in low paid work,” she said adding that as of 2021, there are a total of 29,692 vacant minority posts of different grades for recruitment across Pakistan. 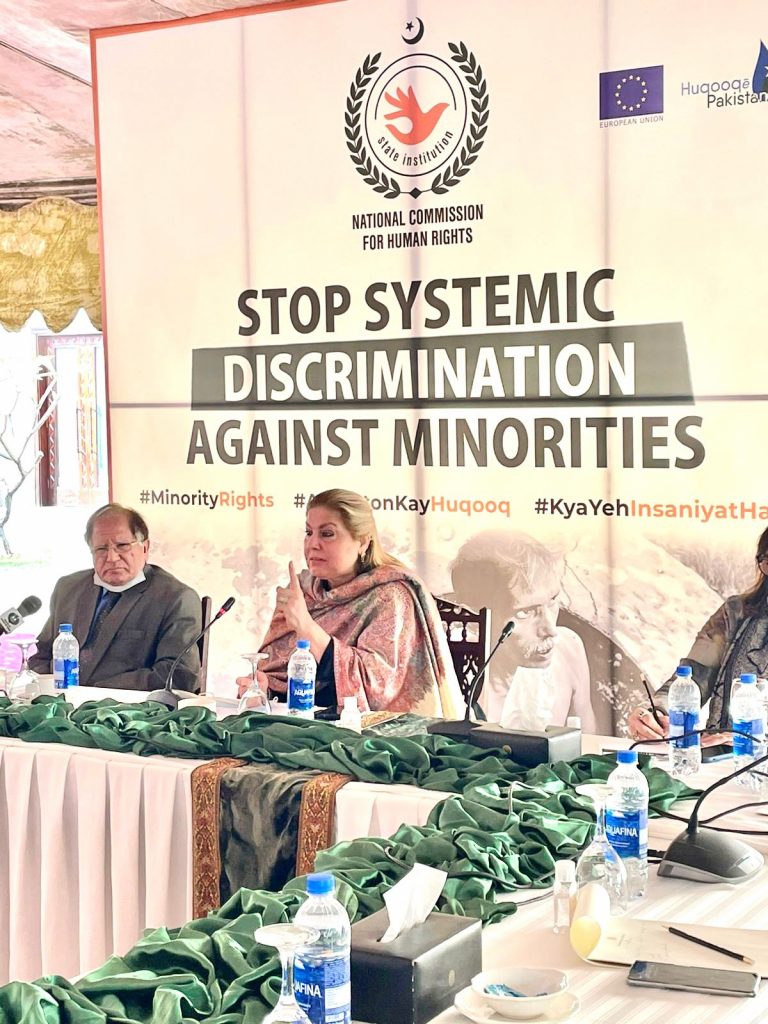 “Most distressingly, evidence shows that government organizations have tried to meet the requirement by advertising sanitation jobs and other low paying work as being exclusively for Christians or other ‘Non-Muslims.’ Even though Christians are 1.6 percent of the population of Pakistan, they represent over 80 percent of the sanitation workforce,” she informed.

Highlighting some other facts, she said that Christian sanitary workers are exploited and discriminated against in a myriad of ways. Instead of being employees of the Municipal Corporation, they are often classified as ‘daily wagers’, denying their basic labor rights. They are not given proper PPE or masks and are most often forced to strip down to their shorts to descend into the sewage system. Emergency Staff tasked with rescuing workers often refuse to go into sewage systems, leaving the bodies of workers, both dead and near death, for other community members to remove. In some reported cases, even once injured sanitation workers are taken to hospitals, doctors often refuse to treat them because they are ‘unclean’ and covered in filth.

NCHR Member Minority Manzoor Masih stressed for putting an end to unconstitutional and discriminatory advertisements. “We must fill the minority quota in government jobs across all grades, not just BPS 01-04, and we must ensure that we implement affirmative action the way it was meant to be implemented- as a tool to help uplift minority communities, not oppress them further.”