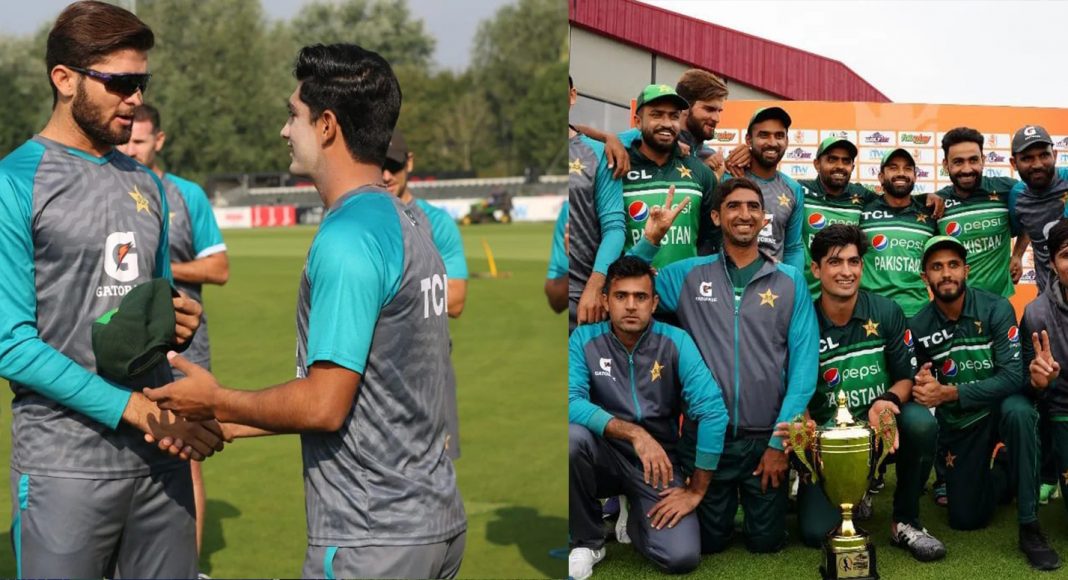 Naseem accomplished this at the young age of 19 years and 204 days.

In his 100th game, the kid sent Mohammad Nabi back to the pavilion, which put him ahead of Shaheen Afridi, who has always been reliable. Shaheen accomplished this in his twenties, but Naseem Shah has since surpassed him. The youthful player gave Pakistan a crucial victory with two consecutive sixes in the final over.

🗣️ Belief in his batting ability and exchanging the bat with @MHasnainPak – @iNaseemShah reflects on his match-winning sixes ✨#AsiaCup2022 | #AFGvPAK pic.twitter.com/sxuxu1359u

The national team’s batting coach said at a news conference on Wednesday that Naseem Shah’s sixes against India in 1986 were just as memorable as Miandad’s final ball six in Sharjah.

Two years ago, we began Naseem’s hitting practice at the academy; last night, he responded well to that and put on a spectacular display of batting. To put it another way, when a player adjusts his play to the circumstances, everyone wins. He went on to say, “Those are the two shots that will define Naseem’s career.”

The sixes were of epic proportions. Maybe not as historic as Miandad’s six, given that they were hit against India, but given the circumstances, they were nonetheless remarkable hits, he said.

Yousuf said that Babar’s bad batting at the Asia Cup was due to bad luck and not to bad form or technique. Barabar is one of the best in the world. That you put in your best effort but find yourself dismissed early is nothing out of the ordinary, “he explained.

He is not going through a bad patch; it’s just that bad luck has followed him around. Moreover, he

“It cannot be claimed that he is out of form; it is just poor luck,” he added of the player. “A top performer like Babar can’t fail” if he keeps practicing the basics and plays with the right technique.

Yousuf praised Rizwan for being the best T20I batsman in the world and said that he was in great shape during the tournament.

Rizwan fights for the good of the squad. “Even after he got hurt in that game against India, he was still rushing between the wickets with great enthusiasm while the other team was batting,” he said.

In this case, it’s important to note that Pakistan made it to the final of the Asia Cup 2022 in large part because Pakistan pacer Naseem hit two incredible sixes in the penultimate over.

Web Desk - September 18, 2019
US President Donald Trump has said that he will meet Prime Minister Narendra Modi and Pakistan premier Imran Khan soon amid tensions between the...