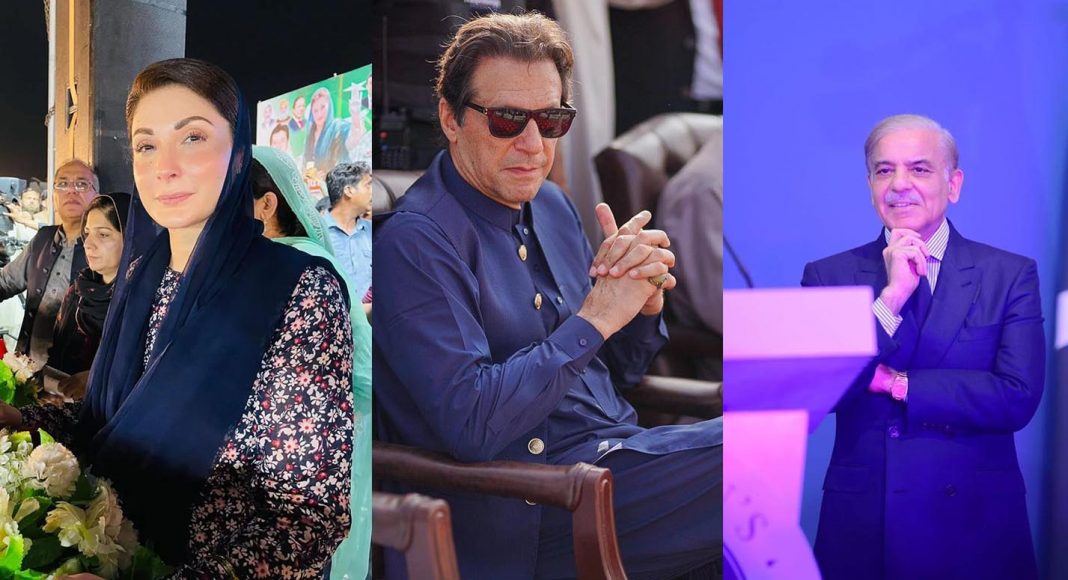 Supposed audio recordings of the ruling coalition’s top officials began making the rounds on social media. On his official Twitter account the day before, PTI leader Fawad Chaudhry allegedly played an audio clip of a conversation between the current prime minister and a high-ranking government official.

The video shows a conversation between an unnamed government official and a man who claims to be Prime Minister Shehbaz Sharif. In the conversation, Sharif says that Maryam, Nawaz’s daughter, is trying to get equipment for a power plant from India at Raheel’s request.

The official was told that most of the needed equipment had arrived, but that some were still on their way.

The second clip, which was supposedly between federal cabinet members in London and where PTI members’ resignations were accepted, came out on Sunday.

The Interior Minister, Rana Sanaullah, Minister of Defense, Khawaja Asif, Minister of the Law, Azam Tarar, and former Speaker of the National Assembly, Ayaz Sadiq, were allegedly in on the conversation.

In the third clip, a woman’s voice said to be Maryam Nawaz’s, is heard thanking Shehbaz for his help and praising his efforts to spread and censor news as she had asked.

More than that, the voice is clearly critical of Finance Minister Miftah Ismail, who has been criticized a lot lately for making controversial decisions about the country’s economy.

Speaking to a crowd in Karak, he said, “The purpose of the current government’s getting into power was to take NROs, not to end inflation or development.”

As far as Imran is concerned, Maryam Nawaz’s biggest “quality” is that she is dishonest. “Maryam Nawaz has the government engaged in unlawful activities. The tape that was released shows that her son-in-law has also made money [illegally] ” Moreover, he said, The former prime minister claimed that trade with India was halted by the PTI government but that it has since been restored under the new administration. He also said that the current government was there because of a plot from outside the country and that people needed to fight back.

Death is preferable to be enslaved by these thugs who only seek power for financial gain.

Imran attacked the ruling PML-N, saying that former prime minister Nawaz Sharif’s sons live in mansions so expensive that even the British prime minister could never afford them.

He said Sharif’s residence is worth Rs10 billion, adding that when asked where the money came from, Sharif refused to answer because “he is not a Pakistani citizen.”

He said that Pakistan has relied on foreign aid for the past four decades and that “both India and Bangladesh have left us behind” economically.

He responded to Foreign Minister Bilawal Bhutto-Zardari by saying that Imran Khan does not want a personal choice for army chief but rather a choice based on merit.

Sajjad Ahmed - February 25, 2020
The summer heat and sweat are bound to make your oily scalp only worse. Here are the easiest ways to maintain it. An oily scalp...