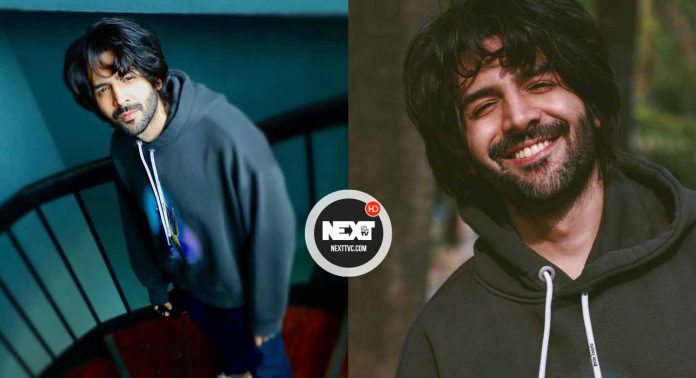 Kartik Aaryan was set to team up with Neerja Director, Ram Madhvani for the first time on a thriller. The film is reportedly a Hindi remake of the 2013 South Korean movie The Terror Live and Kartik will essay the role of a journalist.

On Monday, December 21, Kartik Aaryan gave a closer look at his character and look. He plays the role of Arjun Pathak in the film. Sharing the first look, he captioned it, “Miliye #ArjunPathak se #Dhamaka.”

Kartik Aaryan is excited to step into the thriller zone and team up with Ram Madhvani to play a journalist who covers the live broadcast of a terror attack in Mumbai. “This for me is a miracle script and had me on the edge of my seat all through the narration. I knew this is the script that would give me the opportunity to explore a different side of me as an actor. I can’t wait to transport myself to Ram sir’s world and see his vision translate on the big screen. This is also the first time I am collaborating with Ronnie and RSVP, and I am looking forward to this journey,” Kartik earlier said.

Based completely in Mumbai, the film will be produced by Ronnie Screwvala’s RSVP and Ram Madhvani Films (with Co-Producer Amita Madhvani).

The Terror Live revolved around popular news journalist Yoon Young-Hwa but due to an unsavory incident works now as a radio show host. One day, a listener calls the radio program and states that “I will blow up the Mapodaegyo Bridge.” At first, the call is taken as a joke, but soon they realize it is real. The incident is then broadcast live on TV for the next 90 minutes. Yoon Young-Hwa believes this incident is his chance to get back to become a news journalist again.