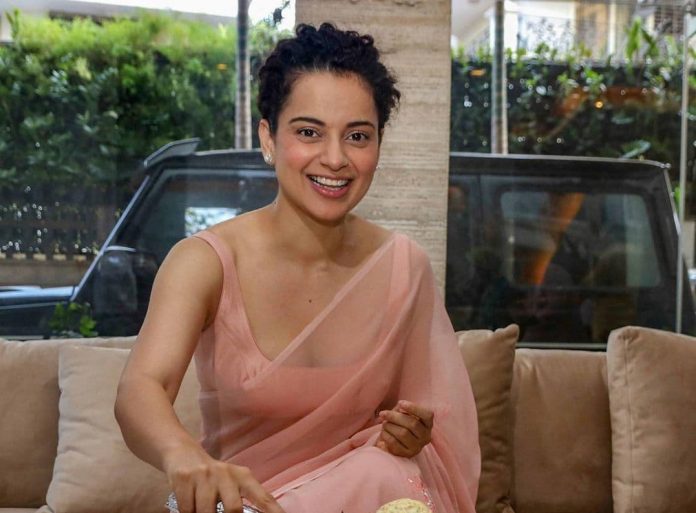 Queen Kangana Ranaut celebrates her 32nd birthday today, and with the massive success of her film Manikarnika this year, she has a bigger reason to celebrate. And while we all call her the queen today, her 2014 film Queen Kickstarter her successful career in Bollywood, after which there’s no looking back for her. She is known for giving stellar performances in films like Tanu Weds Manu, Tanu Weds Manu returns and now Manikarnika, which has contributed the most in her success graph. As much as a good actress Kangana is, she aces all her fashion looks to near perfection. From sarees to dresses, to jumpsuits and lehengas, Kangana never fails to impress her fans with any look. 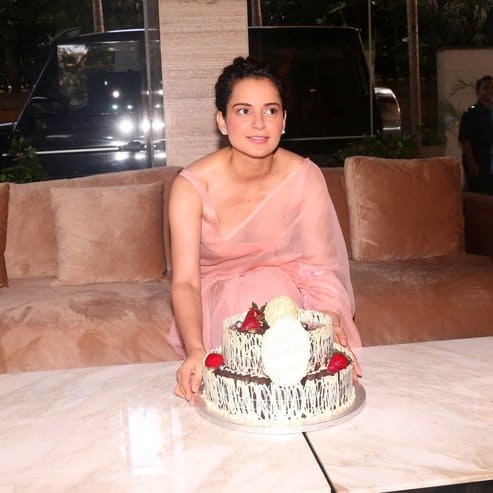 In the latest video of Kangana Ranaut, she is spotted celebrating her birthday with the media where she cuts a cake, while others clap and cheer for the queen.

Bold and beautiful Kangana is also known for her outspoken self. She never shies away from calling spade a spade and this is the reason she seems to be always making headlines for her controversies. After Manikarnika, the diva is gearing up for her next film Mental hai Kya which will be releasing next year and also casts Rajkummar Rao, Amyra Dastur and Jimmy Shergil besides Kangana. The film is directed by Prakash Kovelamudi and produced by Ekta Kapoor.

Kangana Ranaut wore a pretty pink sari with a matching sleeveless blouse. She kept her makeup minimal and had her hair tied in a bun.

The lovely cake was two-tiered and Kangana looked extremely happy and excited to cut it in front of her paparazzi friends. One other thing that made this event special was that Kangana has baked this cake herself for the media.

On the work front, Kangana Ranaut was last seen in her magnum opus Manikarnika: The Queen Of Jhansi. She will next be seen in Mental Hai Kya, which also stars Rajkummar Rao, Amyra Dastur, Amrita Puri and Jimmy Shergill.

There was no big bash planned for Kangana’s birthday, who turned 32 on March 23. Instead, the actress had a working birthday. In the days leading up to her birthday, the actor reportedly signed in to a wellness programme that is carried out in complete silence and involves long hours of meditation.