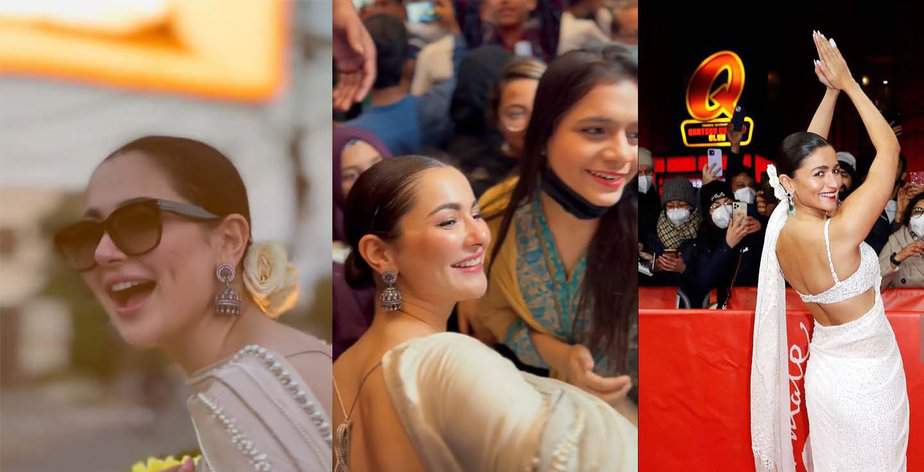 Hania Aamir, who is currently stealing hearts with her character Hala in ARY Digital’s superhit drama ‘Mere Humsafar,’ spoke to a local news outlet about how she felt about being compared to Bollywood star Alia Bhatt.

The ‘Ishqiya’ actor described Alia Bhatt as a “megastar.” “When people make analogies between us, it makes me pleased.”

Furthermore, the actor claimed that she is a huge music fan who prefers English music. “Frequently, the OSTs of serials receive more attention than the show itself and end up being a superhit,” she explained.

In response to one of the queries, Hania stated that she has never had a beef with anyone in the profession. “I admire Saba Qamar and Neelam Muneer, and their films will be released this Eid alongside mine,” she added.

Hania had already credited the Bollywood actor for her success in one of the tell-alls. “Alia Bhatt was one of the primary factors for me receiving a lot of projects,” she stated.

“Any producer in search of a dimpled, innocent-looking young lady knows where to find me.” “When Alia Bhatt becomes the face of a business in India, the firm seeks me to represent them in Pakistan,” she said.

Hania Aamir is now starring in the film ‘Mere Humsafar’ as Hala, opposite Farhan Saeed, Waseem Abbas, Saba Hameed, Zoya Nasir, and Samina Ahmed, among others.