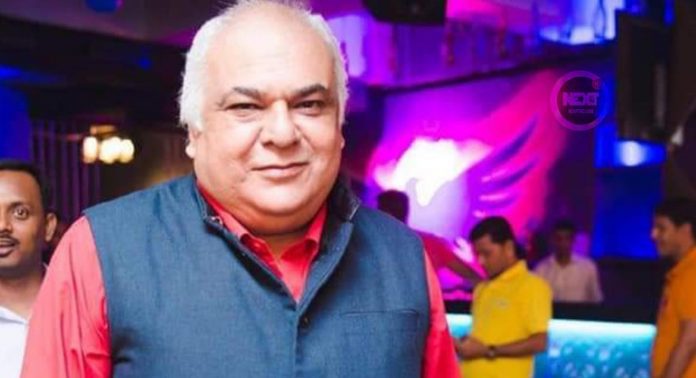 Mumbai: If there’s anything 2020 movie Kamyaab has shown us, it is the importance of supporting characters. They are the soul of the story and our heroes won’t shine without their presence. In the Bollywood industry, we have seen many supporting actors who are people’s favorite such as Anupam Kher, Paresh Rawal, Sanjay Mishra, Satish Kaushik, Pankaj Tripathi, and many others. One more talented actor who has played many exciting characters in his career of two decades is actor Manoj Bakshi.

Manoj Bakshi’s Bollywood journey began with Saif Ali Khan and Preity Zinta’s Kya Kehna where he played the Principal’s role. Since then, he has acted in a lot of big movies like Do Dooni Chaar, Delhi Belly, No One Killed Jessica, Jab Tak Hai Jaan, Bajrangi Bhaijaan, Panipat, and also Kamyaab. As someone who has worked with the likes of Rishi Kapoor, Salman Khan, Saif Ali Khan, and many others, Manoj Bakshi indeed has a lot of stories to tell.

Well, the ace actor says that late actor Rishi Kapoor has been very appreciative of him from their first meet itself. The duo worked together in Do Dooni Chaar (2010) which is helmed by Habib Faisal. In the film, Baksi plays the role of Dada Popley, Kapoor’s brother-in-law. During the audition, he only had 2-3 dialogues. But the director was so impressed with Manoj’s acting that he extended his character and the last 20 mins are focused on him.

What’s interesting is the role in Do Dooni Chaar was first offered to Satish Kaushik, but things didn’t work out. Manoj Bakshi further shared that when Rishi Kapoor saw him on the sets of the film, the Mulk actor said that Bakshi resembles his uncle Prem Nath. Rishi was impressed with Manoj’s acting talent and made sure the director gives him more scenes and dialogues. Rishi blessed Manoj and hoped that he gets more interesting roles. Kapoor would often suggest Bakshi’s name to directors with whom he was working as he was confident that Manoj is the right man to play the roles.