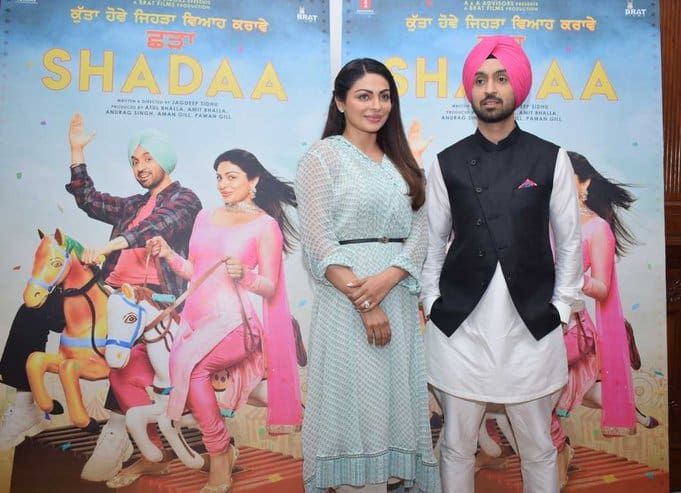 The movie revolves around a young man’s life who seeks his perfect match amidst all the pressure from his parents. The film is directed by Jagdeep Sidhu under the banner of A&A Advisor and Brat Films, starring Diljit Dosanjh and Neeru Bajwa in lead roles.

Actress Neeru praised Diljit by saying that ” I really enjoyed working with himi n Shadaa like always, this is our sixth movie together and I still find him the same person as he was earlier.”