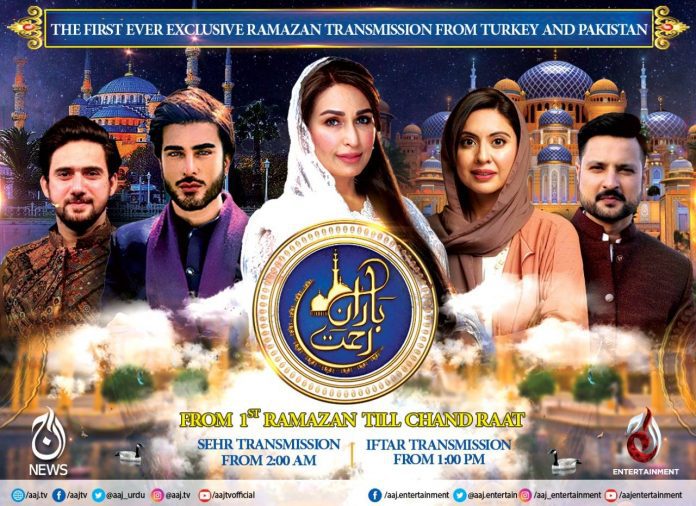 Emax Media, the internationally acclaimed digital network, is presenting a one of its kind live Ramadan transmission on Aaj TV airing live from Pakistan and Turkey, bringing Pakistan’s three biggest stars on the same screen.

The transmission would be aired live from Karachi, with the evergreen leading star of Pakistan Reema Khan and naat khuaan Farhan Ali Waris. The live Ramadan transmission would also be co-hosted by the superstar Imran Abbas Khan, who would be present at one of the most beautiful mosques in Turkey, Hagia Sophia for an exclusive segment with the Dirilis Ertugrul cast.