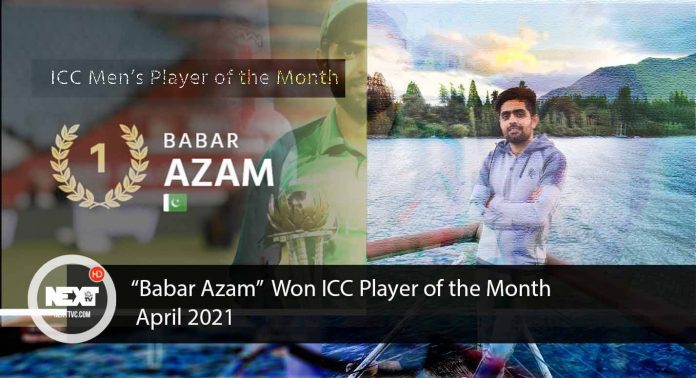 Recently Babar played three ODIs against South Africa, stringing together phenomenal performances. He returned scores of 103 and 94, which won him two ‘Player of the Match awards ‘ in Pakistan’s series victory.

The world bats in two ways in white-ball cricket. One way is to destroy attacks with Calm Mindset and Muscle force and then there is the Babar Azam way, like carrying a batting consonance with punch, Perfection, and Match Winning Strikes so he Truly earns this award.

Alongside also finished the series with 228 runs at a strike rate of 104.

Babar played seven T20Is in April, four against South Africa and three against Zimbabwe, scoring a total of 305 runs at 43.75 with a strike rate of 126.55 with two half-centuries and a 59-ball 122 at the centurion.

“His performances helped him push ahead of Virat Kohli’s No 1 ICC ODI Rank,

Thus becoming the fourth Pakistan player to do so after Zaheer Abbas, Javed Miandad, and Mohammad Yousuf.”

Babar also became the fastest cricketer in the world to reach 2,000 T20I runs.

Also a 197-run partnership with Mohammad Rizwan, the largest partnership in a T20I run chase.