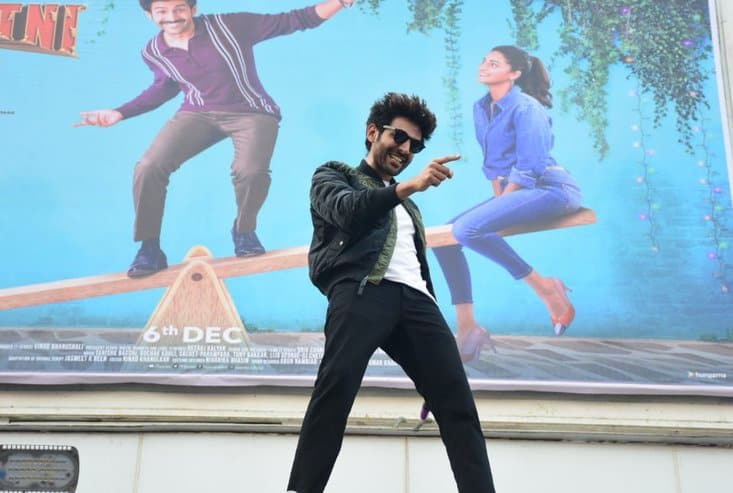 oday, Kartik Aryan, Bhumi Pednekar, Ananya Panday and Tulsi Kumar came to the national capital for the launch of the new song from their movie Pati Patni Aur Woh. The song is titled ” Akhiyon Se Goli Maare ” and it is sung by Mika Singh and Tulsi Kumar. The launch event was held at PVR Plaza, Connaught Place.

The movie is a romantic – comedy directed by Mudassar Aziz and produced by Bhushan Kumar and Renu Ravi Chopra. It will be released on 6 December 2019.

Kartik Spoke about the woh in the movie Pati Patni Aur Woh, Tapasya (Ananya Panday) is playing the role of woh in the movie. She comes in the life of Chintu Tyagi (Kartik Aryan) to break the monotony of his life. The movie has a lot more than shown in the trailer. I am sure you won’t be disappointed while leaving theatres.”

Bhumi spoke about the uniqueness of the movie, ” Pati Patni Aur Woh is the new age version of the love triangle ( trio). We three ( Ananya, Kartik and Herself) bring the freshness to this concept and I hope audiences enjoy the movie as we did while shooting it.”

Ananya told her experience with Farah Khan, ” I feel privileged to work with such an amazing Director like Farah Khan in my second movie itself. There was so much to learn from her, Kartik and Bhumi on the sets