10 new categories of entrance and resident visas have been announced by the UAE. 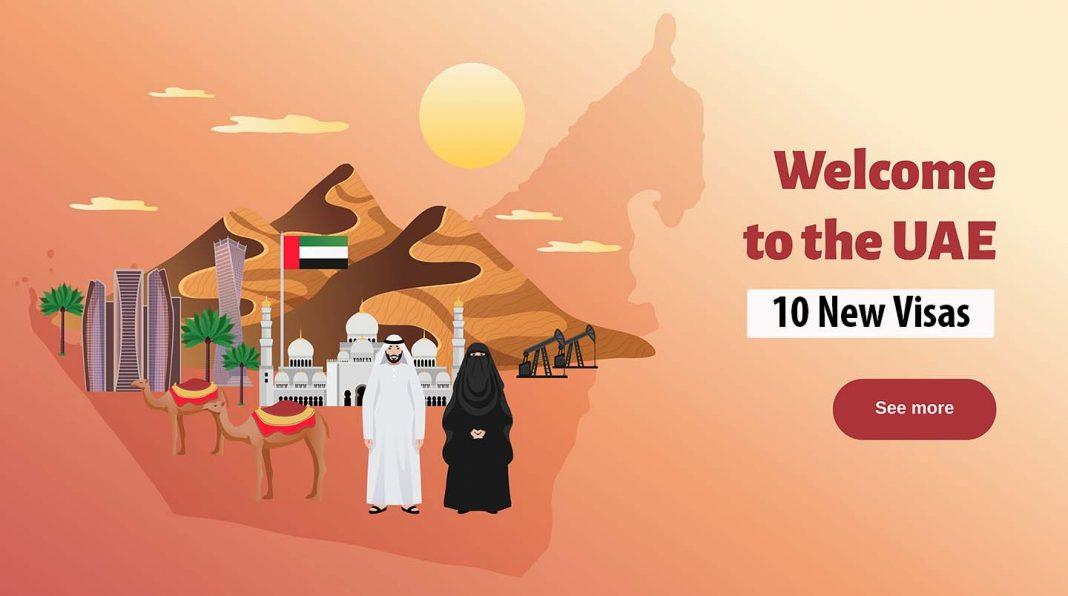 In one of the greatest overhauls of the visa system, the United Arab Emirates (UAE) on Monday unveiled a new entrance and residency plan giving “10 kinds of entry visas with reduced criteria and additional benefits”.

The new visas, according to an official statement, don’t need a host or sponsor and give greater freedom, including multiple entries and a 60-day validity.

Now, a Golden Residence holder in the gulf state may sponsor his or her family members including husband and children regardless of their age as well as can also sponsor support domestic workers without restricting their number.

According to the new system, agreed by the country’s cabinet, there is now no limitation associated to the maximum time of stay outside the UAE in order to retain the Golden Residence valid.

The National claimed that tourists would be permitted to remain in the nation for 60 days instead of the current 30 days.

As previously reported, parents may now sponsor their male children up to the age of 25, an increase from the previous age of sponsorship of 18 years. This was initially put out in September 2021.

It added that experienced professionals on incomes of Dh30,000 ($8,100) per month or more would find it simpler to get a Golden Visa, adding that the system will be extended further.

Executive rules, which include recent visa modifications as well as additional information and decisions, are being formally ratified by the cabinet in this statement.

“The new system of admission and residency focuses at recruiting and maintaining global talents and talented employees from all over the globe,” a statement from the media office stated.

To help “encourage a high level of stability among UAE citizens and their families, more flexible visas would help increase the competitiveness and flexibility of the employment market.”

Attracting professionals with advanced degrees and professional expertise across a wide range of fields, such as medical, engineering, computer technology, business and administration and the humanities is a top priority, according to the study.

“The candidates should have a valid work contract in the UAE, and should be classed in the first or second occupational level as per the Ministry of Human Resources and Emiratisation classification.”

The minimum educational level must be a bachelor’s degree or equivalent, and the monthly income should not be less than Dh30,000 ($8,100).

This residency is offered to exceptional talents in critical subjects. It is granted based on talent exclusively. A person’s educational background, work position, gross monthly income, or professional standing aren’t considered limitations in the report.

A federal or local government agency must suggest or approve it, and persons with expertise in the arts, sports, and digital technology — as well as inventors and innovators — may be included.

According to the study, real estate investors may receive Golden Residence when acquiring a home that is valued no less than Dh2 million.

Investors may now apply for a long-term visa if they purchase a home using a loan from a certain local bank, according to recent revisions.

“Investors may also receive the dwelling when purchasing one or more off-plan properties of no less than Dh2 million from certified local real estate businesses.”

According to the article, the executive rules established flexible standards for entrepreneurs qualifying to earn the Golden Residence.

“An entrepreneur should own or be a partner in a startup registered in the nation in the category of small and medium companies and produces annual sales of not less than Dh1 million,” the study noted.

In addition, the permission of an official business incubator, the Ministry of Economy, or the appropriate municipal authorities is necessary for this type of Golden Residence.

To top it all off, Golden Residence will be awarded to anybody who was a founder (or co-founder) of a prior business venture that was sold for at least Dh7 million. Projects and concepts need to be approved by the Ministry of Economy or the appropriate municipal authorities.

These apartments are intended for high-achieving secondary school students in the United Arab Emirates, as well as outstanding recent graduates from universities in the UAE and the world’s top 100, who meet a variety of criteria, including their cumulative grade point average, graduation year, and university classification.

According to the study, the Emirates Scientists Council recommends scientists and researchers with significant accomplishments and impact in their profession for this residency.

Earlier, the UAE created Green Visa Programme, enabling foreigners to live and work in the nation without employer sponsorship and sponsor their parents and children up to 25 years of age.

This was a big departure from the old system where a limited number of long-term resident cards were offered for people with considerable investment in the nation, or where firms had to go through barriers to sponsor foreign employees.

For investors and highly qualified professionals — in addition to exceptional students and postgraduates — the new visas continue the UAE’s former “golden visa” system. Even while resource-rich Gulf governments have implemented visa programs of this kind, none have yet been as widely adopted.