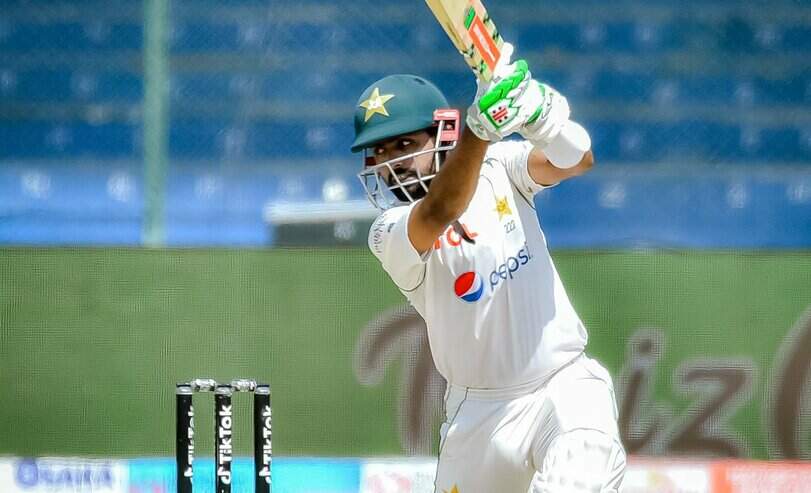 Babar Azam went on to post his highest-ever score in a Test match only one day after scoring his sixth century. Babar’s superb innings of 196 thwarted Australia’s hopes of a victory in the Karachi Test as Pakistan fought back from the brink of defeat. In the end, Babar stood in the way of Australia’s victory, and although Abdullah Shafique and Mohammad Rizwan did their bit, Pakistan will enter the fourth Test with the series even at 0-0 due of their captain’s resoluteness.

And it's the end of a beautiful innings by our captain. Babar spent 607 minutes on the crease, most by any Pakistan batter in the 4th innings.
Gets the loudest cheers from NSK. #BoysReadyHain l #PAKvAUS pic.twitter.com/apDhYk2Uy3

Pakistan required a record-breaking 506 runs to win on the fifth and final day, with eight wickets left. In the end, Babar stood strong like a wall, scoring his maiden Test hundred in more than two years and then double it in the last session. The collapse of Pakistan’s batting appeared inevitable as Australia picked up two more wickets and reduced Pakistan to 277/4. However, not on Babar’s watch. In the fourth innings of a Test match, he batted magnificently to deny Australia and performed a fighting knock.

He missed the first Test double but climbed to the top of an impossible list and made an enormous contribution to Pakistan’s history. The best score by a skipper in the fourth innings of a Test match has now been achieved by him. Don Bradman’s 173 not out, Virat Kohli’s 156, and Ricky Ponting’s 141 were some of the greatest fourth-innings scores of all time. In addition to Brian Lara, who made an unbeaten 153 in the fourth innings of a Test match, Babar also departs with a storied career.

Babar Azam has a very impressive list to lead. When Pakistan’s first innings collapse, many doubted their chances on Day 5, particularly after they were bowled out for 148 in their second innings. The second innings, on the other hand, was won by Babar, initially with the help of Shafique, who continued his stellar series performance by scoring 96 runs. Pat Cummins picked up Shafique’s wicket to give the Australians a breakthrough and prevent him from reaching his century target.

Babar and Rizwan’s century combination enabled Australia to get their foot in the door, but Cummins knocked down Fawad Alam. To the disappointment of the large audience who had gathered to witness their skipper cross the 200-run mark, Babar Azam’s marathon innings came to an end when he edged Nathan Lyon to Marnus Labuschagne at first slip. Javed Miandad and Younis Khan are two of Pakistan’s greatest players, but Babar couldn’t join them.

There were a lot of twists and turns. After Babar’s dismissal, Faheem Ashraf got out of the way with the following ball. With Pakistan on 414/7 with eight overs to go, things seemed gloomy for the home side when Sajid Khan was dismissed by Lyon. It was only after Rizwan and Nauman Ali shared the crease that Pakistan drew the match.