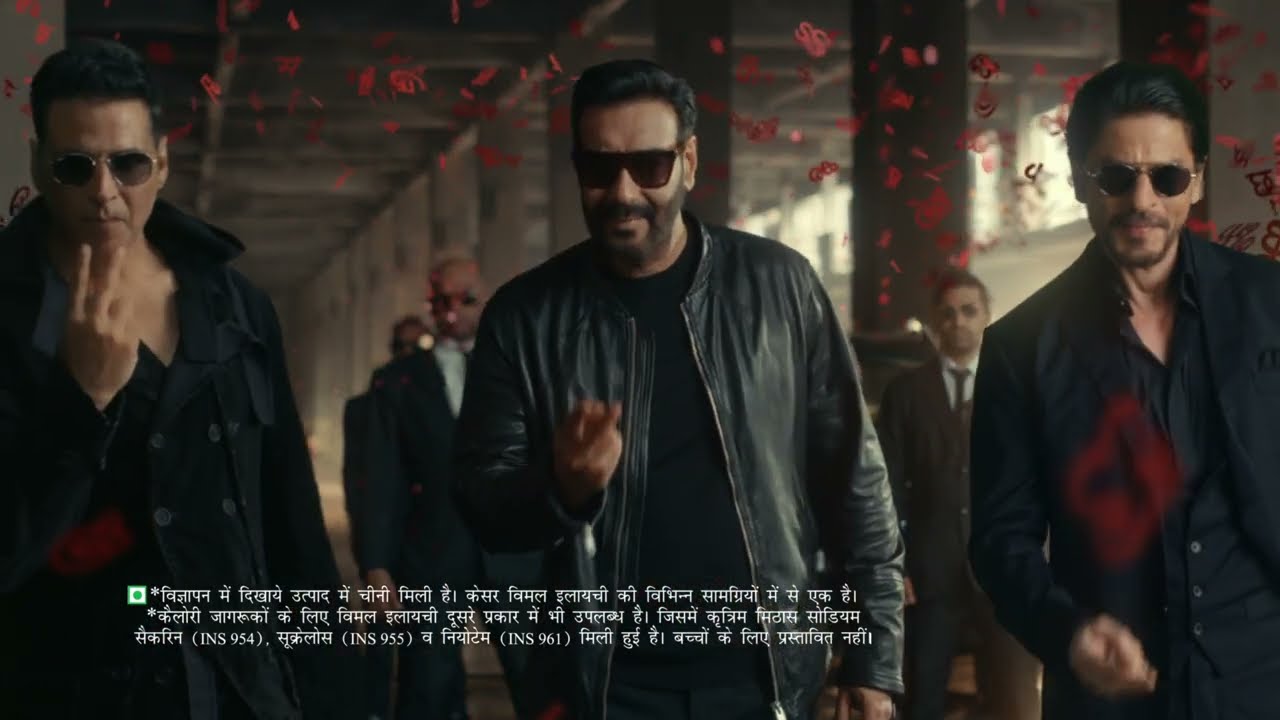 For the first time ever, Bollywood superstars Shah Rukh Khan and Ajay Devgn worked together on a commercial for Vimal. Akshay Kumar has joined the group of collaborators for the second time.

Shah Rukh Khan and Ajay were joined by Akshay Kumar in a campaign promo that was published on April 16. SRK and Ajay are seen sitting in the automobile, both dressed in black, with Ajay driving. According to Shah Rukh’s remark, “Aaya hai (Let’s find out who this new player is).”

As soon as he sees Akshay with Vimal, Shah Rukh Khan exclaims, “That’s your Zubaan, Akshay!”

That’s when Akshay comes back with the reply, “Our hearts should be unified too.” A V salutation is then made with the fingers of the three members.

All three of them are eagerly anticipating the release of their next flicks. Release date for Ajay Devgn’s Runway 34 has been confirmed for April 29. Prithviraj, a historical film starring Akshay Kumar, premieres on June 3.

As for Akshay’s next projects, there are several: Selfie, Gorkha, Mission Cinderella, Ram Setu, and OMG 2 – Oh My God 2. Pathaan, Shah Rukh Khan’s next film, will premiere in January 2023.