By just winking Priya Prakash Varrier went viral last year. But things are a little different this year. Her debut Bollywood movie “Sridevi Bungalow” directed by Prasanth Mambully has gotten into massive trouble. The movie shows a lonely actress who eventually dies by drowning in a bathtub. A pair of feet dangling over the edge of a bathtub is shown in the film’s poster.

The ‘wink girl’ Priya Prakash Varrier finally reacts on ‘Sridevi Bungalow’, says the film is not based on late Sridevi’s life

The legendary actress Sridevi too was also found dead in the bath tub in a hotel of Dubai after attending a family member’s wedding. The death made headlines for days. Accidental drowning was finally declared to be the official cause of the death.

Obviously this didn’t go down too well with Sridevi’s family. A legal notice is sent to the team by husband Boney Kapoor.

Director Mambully confirmed this by saying, “We received a legal notice from Mr. Boney Kapoor last week. And we will face it. My film is a suspense thriller. I told him (Boney Kapoor) that Sridevi is a common name. My film’s character also happens to be an actress. We will face it (the legal case).”

Since the trailer is out, netizens slammed the video and came in support of Sridevi’s family. For sharing similarities to the life and death of the real Sridevi, people are calling the film ‘disgraceful’ and ‘rubbish’.

Such a shameful and disgusting act it is by the makers of #SrideviBungalow to depict the legendary actress in such a disgraceful manner. Utter nonsense and rubbish it is. I want the Indian Film Fraternity to take strong action on it. The departed soul deserves respect. 🙏🙏🙏

In this disgusting film u tried to show #Sridevi as a lonely person and pathetic but the fact that Sri hated to be alone and her family was always beside her and in another shot u tried to show her smoked cigar and this was the most thing she hated. Shame on u😡 #SrideviBungalow pic.twitter.com/nMFYFrM1JT 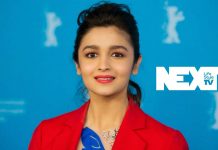