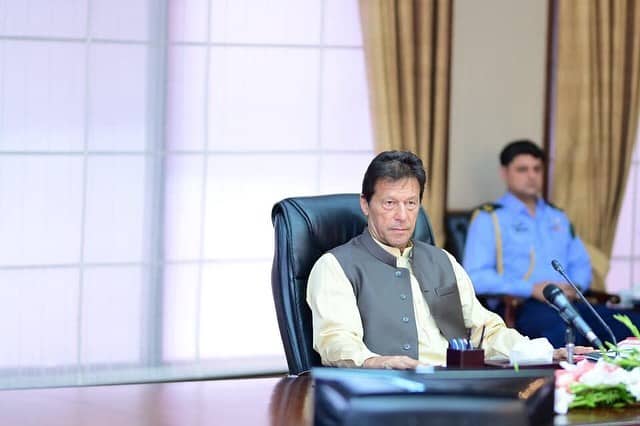 ISLAMABAD: Prime Minister Imran Khan will launch the Ehsaas Qarz-i-Hasna Scheme and the Asset Transfer Scheme next month under the umbrella of ‘Ehsaas’ programme.

The decision came on Monday during a briefing by Special Assistant to the Prime Minister on Social Safety Nets and Poverty Alleviation (PASS) Dr Sania Nishtar on the status of implementation of the Ehsaas programme.

Under the scheme, as per the notification issued by the PM Office, over 80,000 loans would be disbursed each month among youth and women enabling them to undertake their own business ventures and help their families extricate from poverty trap.
These loans would be prioritised in the lagging and underdeveloped districts.
PM issues policy statement on ‘Ehsas’ poverty alleviation programme 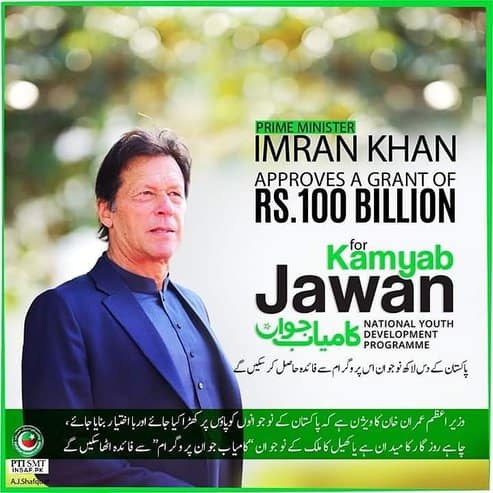 Appreciating the efficacy of the existing programme, the prime minister approved injection of an additional amount of five billion rupees to the existing fund so that the programme is launched in collaboration with the existing partners of Pakistan Poverty Alleviation Fund.

“Ehsaas” is a comprehensive and multifaceted programme with 115 policies under four pillars. These include addressing elite capture and making the government system work to create equality; safety nets for disadvantaged segments of the population; jobs and livelihoods; and human capital development.

Ehsaas is an inter-sectoral programme to be implemented by 26 federal agencies, four provinces and special areas.

Dr Sania briefed the prime minister about the timelines to implement those Ehsaas projects and policies for which the division of Poverty Alleviation and Social Safety and its attached departments had responsibility.

The timeline of implementation of the Kifalat programme and the manner in which financial and digital inclusion of women would be enabled by October this year and the transformative changes in the Benazir Income Support Programme (BISP) cash transfer system that are currently under way.

She also gave details about the demand-side shock-oriented safety net, Tahafuz, certain windows, which were expected to be deployed by July 2019.

In addition, details and timelines of the graduation and interest free loans programme and the new solutions challenge policy for lagging districts were also discussed.

Dr Sania also briefed the PM about a nutrition initiative to address malnutrition in all its forms, the new socio-economic registry, which is being executed by BISP, the Ehsaas undergraduate student scholarship initiative and plans in the pipeline to extend the education conditional cash transfers for lagging districts.

SAPM Dr Sania informed that in order to protect and ensure social security net to workers in the informal sector, several weekly meetings of the labour expert working group had been held. A briefing was given on the timeline of policy formulation.

Details were also shared about plans to revitalise trust for voluntary organisations and to make its governance effective and transparent so that the organisation could be used to upscale successful models in the non-governmental sector.

A number of other projects, including the plan to open 20 centres for differently abled, opening of National Centre for Human Nutrition, and setting up fora for non-governmental stakeholders, and diaspora were also discussed.

The PM was also briefed about the governance reforms in safety nets institutions including the BISP to ensure maximum transparency and efficiency.

PM’s aide said that policies concerning various components of Ehsaas Programme would be presented before the cabinet after June for its approval.

The prime minister appreciated the progress being made by Dr Sania and her team.

The prime minister also approved creation of the Ehsaas Steering Committee during the meeting. It would be headed by the PM Imran himself.

It was also decided during the meeting that a meeting of the implementers of Ehsaas Programme at federal and provincial level will be convened soon to chalk out strategy for roll-out and smooth implementation of Ehsas Programme components, which are responsibilities of ministries other than the Division of Poverty Alleviation and Social protection.

“We aim to turn Pakistan into a welfare state based on the model of Riyasat-e-Madina that takes full ownership of the needs of its poor and vulnerable,” the prime minister said