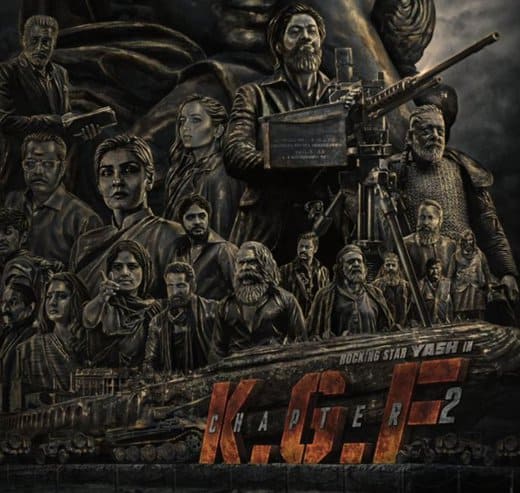 The eagerly awaited Yash starrer KGF – Chapter 2 will now release in 2022. The lead actor made the announcement on the occasion of Rakshabandhan on Sunday, August 2021. The Kannada movie will hit the theatres on April 14, 2022.

The production house Hombale Films recently announced that they have collaborated with south-based ZEE channels for the release of KGF: Chapter 2. Even as the audience awaits the release of the film, KGF Chapter 2’s south satellite rights were sold to Zee Kannada, ZEE Telugu, ZEE Tamil, and ZEE Malayalam at a record price.

Starring Yash, Sanjay Dutt, Raveena Tandon, Srinidhi Shetty, and Prakash Raj, the movie will be directed by Prashant Neel. The dark, raw, and compelling poster of the movie has already created quite a stir with the fans of the KGF Chapter franchise.

“The uncertainties of today will only delay our resolve, but the eventuality is as promised.We will be out in theaters on April 14th, 2022. #KGF2onApr14,” the actor tweeted. He also unveiled a new poster along with the announcement.