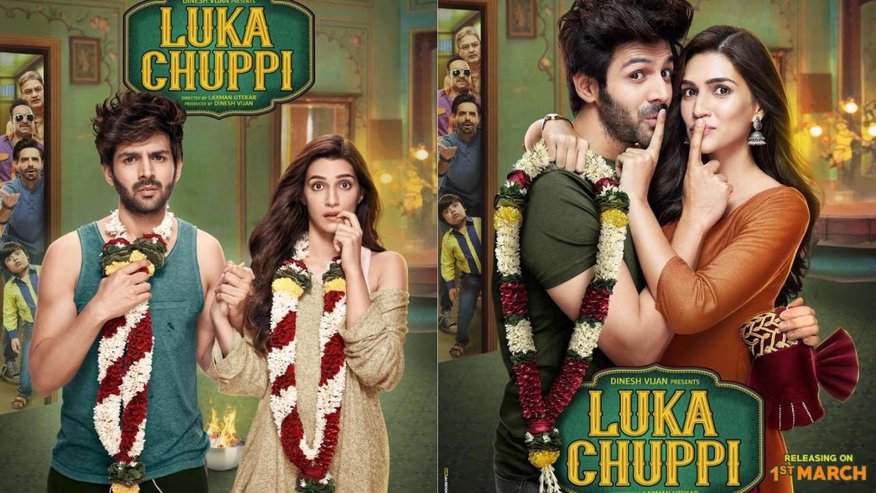 Live-in relationship is “marriage without a license” or a choice to understand each other better? Luka Chuppi tries to encapsulate these questions whilst offering a contemporary story through the prism of Guddu (Kartik Aaryan) and Rashmi (Kriti Sanon) who are journalists who fall in love. Belonging to Brahmin families, the duo stumbles upon the concept of live-in while covering a local news broadcast. While Guddu, the youngest in the family, is caught in the family drama over marriage, Rashmi is a modern, outspoken woman who isn’t yet ready for a commitment like marriage, thereby forcing Guddu to give in to her demand of exploring each other via a “live-in relationship.” But their quest to break free isn’t as smooth as we may think! What follows later is a rollercoaster ride with Guddu’s uncle (played by Pankaj Tripathi) as the annoying (read as raunchy) character.

The biggest strength of the movie is its concept of live-in which resonates with every millennial. Yes, thankfully Luka Chuppi is not a totally brainless comedy, but in fact, a cleverly made one. Picking up instances from day to day life, without making a political statement on the face, the movie manages to hit the right chords. For instance, with Sajan Ghar Main Chali (Hum Aapke Hain Kaun) playing in the background, Guddu (Kartik) is seen bidding farewell to his family (just like brides post-wedding) as he heads to explore the world of “live-in” relationship. The scene evokes a lot of laughter without making it cringing whilst making a stand-alone statement, which worked for me.

In another scene, Guddu’s mother is seen embracing the idea of her son becoming a house husband, while her daughter-in-law goes to work. But, but, but, Guddu’s disgruntled ‘bhabhi’s’ silent protest highlights the hypocrisy of the statement of the society in broader terms. While the story is the main highlight, it lacks originality when it comes to songs and often succumbs to cater to the conventional cinema-goers. In an attempt to straddle well between being modern yet not be “too progressive,” writer Rohan Shankar appears to have stretched the movie and looks confused which reflects in the storyline.

Kartik in his full form makes Guddu likable. He adds a different kind of innocence to Guddu, but we wish to see him experiment with his roles more in his career. Kriti does justice as Rashmi, but it is Aparshakti Khurrana who yet again proves why he is a power-packed performer (remember his note-worthy performance in Stree). His punch lines and comic timing really set the mood of the movie with Pankaj Tripathi doing what he does best. But, we still can’t wrap our head around why he would take up such a role post giving such a stellar performance?

Director Laxman Utekar has done a fair job along with the dialogue writer who delivers some rib-tickling humorous dialogues, which are mild but noteworthy.

The movie will NOT make you go wow but if you are looking for some relaxing time and mild laughter to cease the ‘borderline’ tension, Kartik and Kriti have the right offering for you.