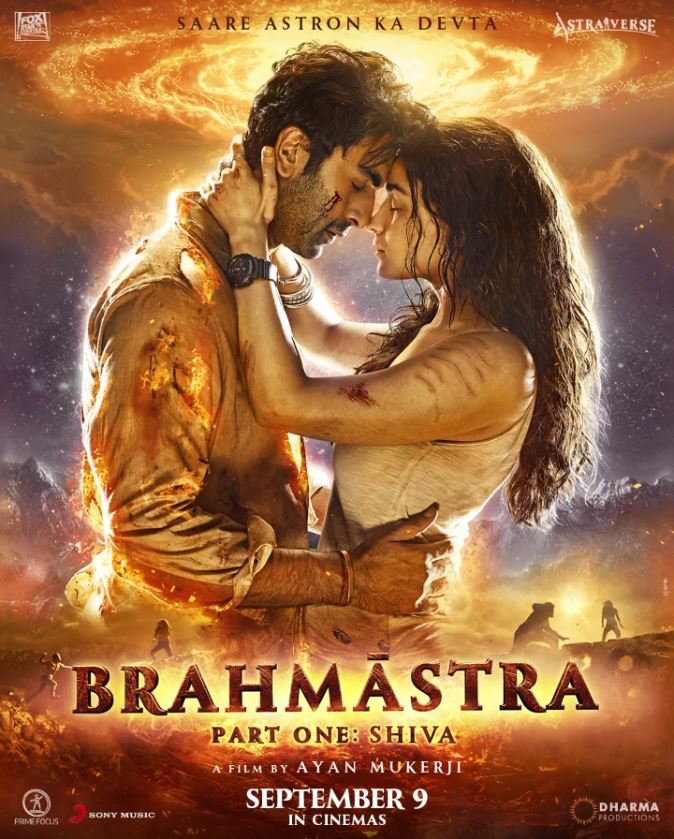 Brahmastra director Ayan Mukerji finished filming in March. Ranbir Kapoor, Alia Bhatt, Amitabh Bachchan, and Mouni Roy are among the cast members of the movie. There will be cameo appearances by Nagarjuna and Shah Rukh Khan. An image of the movie’s soulful song “Kesariya,” as well as a love poster starring the film’s cast, were posted by Ayan on Sunday.

Isha and Shiva poster from the film was posted by Ayan. On the poster, the couple is shown gazing affectionately into one other’s eyes. Arijit Singh’s song Kesariya is included in the film’s poster, along with a brief portion of the song.

It was Ayan’s turn to explain why she chose “Love is the Light!” as the first film’s title.