You might agree to disagree on this, but for me, M Night Shyamalan’s best work is the 2000 film Unbreakable. He might have received deserving recognition with his debut, The Sixth Sense but Unbreakable had that kind of layered, textual insight that the rest of his movies fell short of. Little did I, or for the matter, anyone, know that it would give rise to an unexpected shared universe. Then 2016 happened and we got Split that marked the resurgence of the by-then down-on-luck Shyamalan, and with a twist, hinted about a smart trilogy. Three years later, we now have Glass that caps this franchise. Expectations are sky-high, and Shyamalan is a man known to buckle under his own smartness. Can he subvert expectations and pull off another twisty miracle here?

Glass is set 15 years after the events of Unbreakable, though it follows right after what happens in Split. David Dunn (Bruce Willis) who is popular on the net by the moniker The Overseer, is now looking after the streets of Philadelphia as a vigilante with the help of his son, Joseph (Spencer Treat Clark). He is now searching for the DID-suffering Kevin and his multiple personalities, collectively known as The Horde (James McAvoy), who is back to kidnapping and killing girls. When they get to have a showdown, both are captured by Dr. Ellie Staple (Sarah Paulson), with the help of the police force.

They are put into an asylum, where Dunn’s former nemesis Elijah Price aka Mr Glass (Samuel L Jackson), now catatonic, is already logged in. Ellie wants to treat them in a way that their heads are cleared off any ‘superhero’ delusions that they might be having. As her treatment begins, David and The Horde begin to have doubts about themselves, while Mr Glass is making sure that the stage is prepared for an ultimate showdown.

M Night Shyamalan is a brilliant man, alright, even though the director in him shows mostly flashes of that brilliance. There are some very interesting ideas in his head that may not exactly transform well into his films. We have seen the best of his works from The Sixth Sense to Signs, and then the worst from Lady In The Water to After Earth. Glasshas in it, both the best and worst of Shyamalan. While his writing of the three main characters is what makes Glass so fascinating, it is also him trying to be clever and being self-indulgent is what makes the film falter.

The best bits work when Glass builds up what could be an epic three-way showdown between the three main leads. Dunn, as Ellie puts up about him, is the reluctant hero who may have turned so for his son. The Horde is another fascinating character(s) that lift the film whenever it threatens to be a train-wreck (Unbreakable fans know this reference, which plays an important part here). And there is Mr. Glass, whom the movie belongs to, even if it takes time for him to actually show his evil overlord-ness. If you have doubts why this movie belongs to him, perhaps you might have missed out that the movie is subtly drenched in the purple hue of his suit.

I loved Glass when the movie put these three characters in a very convoluted setup, especially when Glass’ intentions are revealed. Perhaps, the reason why I cared about the film is more for The Horde and Mr. Glass, than anything else. Like Split, McAvoy’s spell-binding transformation into the different 24 characters is both enchanting and terrifying to watch (especially, loved his Hedwig and Patricia personalities). You will have your eyes glued to every scene he is in, so bloody brilliant both the character transformation and the actor are. As for the brittle, yet pure malevolent Mr. Glass, we are curious to know what his nefarious intentions are, in playing up Dunn and The Horde.

As you know, Glass, like Unbreakable, is Shyamalan’s fanboy tribute to superhero movies and here’s where things get a lot tricky and the end-results wildly varied. The subtle nods to the comic lore work when the director/writer doesn’t make a big hue and cry about it. Like, for example, Dunn using his son as the ‘friend in the chair’. What doesn’t work is when Shyamalan injects too much comic-book spirit into the proceedings, while trying to keep it realistic.

Unlike Unbreakable, the comic book influences are dissected too much to the point of irritation in Glass. There is too much talking about comic-book metaphors that mostly fail to create any sort of impact. There are many times when the movie actually points out its cleverness instead of letting you take in the context. Shyamalan might have forgotten that Unbreakable came about when the superhero movie boom was just raising its head, which is why it felt so refreshing. In 2018, we already have so many superhero movies that themselves have discussed the many themes in the movie. Like for example, a character in the film talks about how the rise of a superhero will lead to a rise of a bigger villain, which is what Vision had pointed out in Captain America: Civil War.

You can also blame the whole Ellie Staple angle for that. There is no doubt that the subplot brings a lot of meta-textual notes in the narrative, especially in the scene where she makes the three leads doubt about themselves. Staple could stand for our parents who tried to tell us not to invest time in reading comic books, just like she tells Dunn’s son that he wants to make his father a superhero. Or she and her hospital could be the critics who look for realism in stuff that is beyond our comprehension. And then Mr Glass reminds you that there may be logic in every other-worldly event, but that doesn’t stop it from being beguiling.

However, overall, the character and what she brings to the plate is vaguely annoying, especially the twist surrounding her intentions.

The movie also forgets the fact that while the trilogy may be about questioning the superhero culture, Split wasn’t exactly made in that sense. Anyway, even if we forgive that oversight, Glass puts too much focus on the supervillains here than the one superhero in the film feels left out. Surprisingly, David Dunn gets brief screentime, and not enough scope to make an impact with the viewers. Not sure, if this was Shyamalan’s nod to how we are always enthralled by villains in such movies (The Dark Knight, Black Panther, for example) or that Bruce Willis’ one-note performance made the makers give more prominence to others.

The climax, always a deal-breaker for Shyamalan, is more of a mixed bag. While I appreciate that he chose to subvert from a usual epic showdown, the fact that the movie was building up for something grand that doesn’t exactly go that way might underwhelm many. Also, didn’t get very wowed at by enough number of surprises thrown in there, a couple of which you can easily guess, while the rest just ho-hum. What holds the sequence are once again, what McAvoy and Jackson bring to the scene.

The only way people can appreciate @MNightShyamalan 's #Glass is if you watch Unbreakable, Split, and then Glass. Everything comes together and the emotional impact really hits home. And I got to break my Shyamalan cherry at #SHYAMALANaTHON

And my final gushing review of the night for the #Shyamalanathon … if you doubt James McAvoy’s acting prowess, ever, you should be eaten by The Beast. Period. Holy crap, he played 21 different personalities!

Really loved seeing all movies back to back to back today. I really enjoyed Glass despite bad reviews. This is really a fantastic trilogy. Hats off to @MNightShyamalan I think you’re a great storyteller and filmmaker.#glass #unbreakable #split #Shyamalanathon pic.twitter.com/eEfjgYt3Mi

Glass is technically superior, with some great CGI-work and fine camera-work. The background score manages to bring a mix of eerieness and tension in the narrative.

In a just world, James McAvoy would have scored an Oscar nomination for his incredible performance in Split. That didn’t happen. With Glass, he trolls us for that blunder by giving another awesome act that will captivate you to no end. It is absolutely astonishing to see how easily he changes from one character to another, each with its unique tics. Remove that fab act, and I can easily forsee Glass stumbling like a pack of cards.

It may take some time for him to get going, but when he does, Samuel L Jackson is just superb. Some of the few good surprises of the film rest with his character, a man who just wants to show the world that it is time to embrace differently abled people like him.

Bruce Willis continues his string of ho-hum performances that we have seen him deliver in many of his recent movies. Seriously, what’s up with this man who was so terrific in The Sixth Sense and Unbreakable? Sara Paulson is fine as the mysterious psychiatrist, though her character fails to deliver the goods. Anya Taylor-Joy, Spencer Treat Clark, and Charlayne Woodard reprise their characters from the previous films, and they do well in their limited roles.

– Any scene that purely involves The Horde, Mr Glass or Both

– Too Much Comic-Book Dissection

Glass may not be included M Night Shyamalan’s great works, and yet, it is not the disaster that many feared whenever he goes ambitious. Glass will keep you captivated when it is on a thriller mode, only to be derailed when the superhero spirit takes over. Even then, it is easily watchable for the two fine villains, especially that brilliant McAvoy jumping from one personality to another! 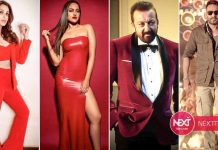 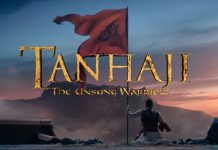 Box Office Tanhaji : the highest grosser of 2020 at the worldwide box office 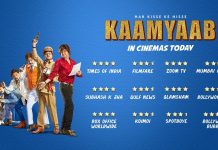 An ODE to the ‘ALOOS’ of INDIAN CINEMA – Kaamyaab Film Review 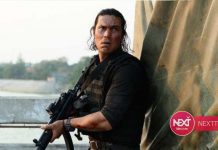 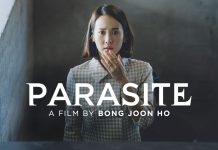 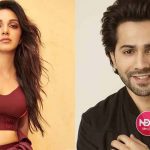 Bollywood Sajjad Ahmed - August 8, 2020 0
The Karan Johar Production was appreciated by the critics and audience alike. We exclusively heard that Raj Mehta has another jackpot script under his... 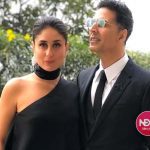 Bollywood Sajjad Ahmed - August 8, 2020 0
As much as we wait to see paparazzi clicks of Kareena Kapoor Khan and Taimur Ali Khan, we eagerly wait to see photos of... 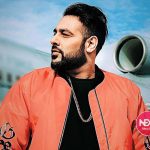 Bollywood Sajjad Ahmed - August 7, 2020 0
This came into light after the Crime Intelligence Unit (CIU) busted a racket where fake views and fake followers were being bought by various...