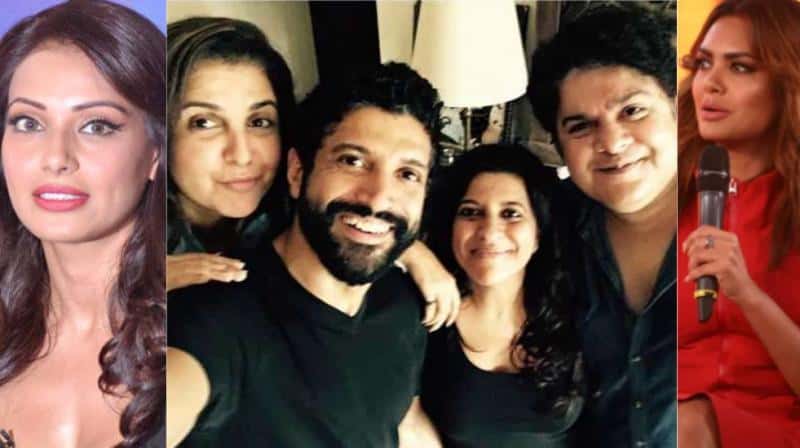 A mounting tiff has been observed between B-Town celebrity cousins Farah Khan and Farhan Akhtar after the former’s brother, director Sajid Khan got enveloped into the #MeToo storm.

After Sajid Khan Steps Down Over #MeToo Allegations, Housefull 4 To Be Directed By Farhad Samji

According to reports on Indian media, the 54-year-old Om Shanti Om filmmaker and the Gold actor have been showing each other the cold shoulder after Sajid Khan was accused of sexual misconduct by several women after which he was dismissed from his directorial roles.

While Farah herself maintained her stance leaning more towards in support of her brother in a discreet manner, Akhtar made sure to step away from the family affairs and perceive the issue from a humane and unbiased lens.

This is a heartbreaking time for my family.We have to work through some very difficult issues. If my brother has behaved in this manner he has a lot to atone for.I don’t in any way endorse this behavior and Stand in solidarity with any woman who has been hurt.

I cannot adequately stress how shocked, disappointed and heartbroken I am to read the stories about Sajid’s behaviour.
I don’t know how but he will have to find a way to atone for his alleged actions.

Deccan Chronicle citing a source revealed: “Not that Farah expected Farhan to speak in Sajid’s support, but being family, the least Farhan and his sister Zoya could’ve done was to hold Farah’s hand during this hour of crisis, or so Farah believed. Instead, Farhan openly criticized Sajid’s conduct on Twitter and described Sajid as a shame to the family.”

The source who is stated to be a close friend of the family goes on to add: “That really hurt. As things stand now, Farhan’s family has dissociated itself completely from Farah and her brother, and if Farhan gets re-married this year, you’re unlikely to see Farah dancing at the wedding.”