Diljit Dosanjh: I wonder if people would take the risk going to the theatres.

We are a movie-loving country but I wonder if people would take the risk going to the theatres.

Although Diljit Dosanjh is very happy that his comedy Suraj Pe Mangal Bhari is released in movie theatres, he wonders if the public will return to theatres with the pandemic still prevalent. “We are a movie-loving country. Lekin jaan zyada pyari hai (but we love life more than movies). I wonder if people would take the risk!” wonders Diljit.

Diljit who was out of the country for six months had no idea about the release plans for  “We completed the shooting in March 2020 just before the lockdown. After that I was in the US. I came to know it was going to have a digital release when I suddenly heard about the theatrical release. I am very happy that our film is breaking the lockdown deadlock. Let’s see how it goes.”

Diljit says he had loads of fun shooting the film. “Manoj Bajpayee Sir is such a senior actor. But he didn’t make me feel like a junior for even a minute. I got to learn so much working with him.”

Diljit enjoys working in light-hearted films. “But I don’t want to be typecast in comedy roles. I want to be known for all kinds of roles. Suraj Pe Mangal Bhari gave me a chance to work with some really talented actors. I am just a beginner as an actor. Everyone was more experienced on the set than me.”

While Diljit was in the US he recorded a new music album. “I have been singing and acting for ten years. Singing remains my first love. I can live without acting. But I can’t live without singing. My live concerts are my lifeline. When I’m there on stage I feel the direct and immediate love of my fans. On stage when I perform I feel I am communicating with my audience. It’s a feeling that no other form of expression can replace.”

Actor Priyanka Chopra and filmmaker Anurag Kashyap are among the Toronto International Film Festival (TIFF) ambassadors for 2020. Chopra and Kashyap will be in the...
Read more
Bollywood

SURAJ PE MANGAL BHARI starts off on a fine note. The entry of Mangal is hilarious and it neatly explains the dedication towards his...
Read more
Bollywood

Rashmi Rocket is written by Nanda Periyasamy, Aniruddha Guha and Kanika Dhillon. The film is being helmed by Akash Khurana who directed Karwaan. Bankrolled by...
Read more 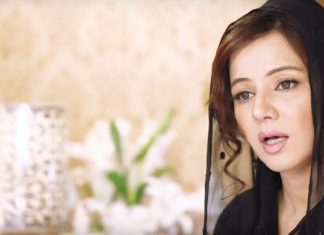 Sajjad Ahmed - January 22, 2020 0
Singer-turned-actor, Rabi Pirzada just released a hamd on social media and her fans are loving it. The wordings of the recitation plead for mercy...