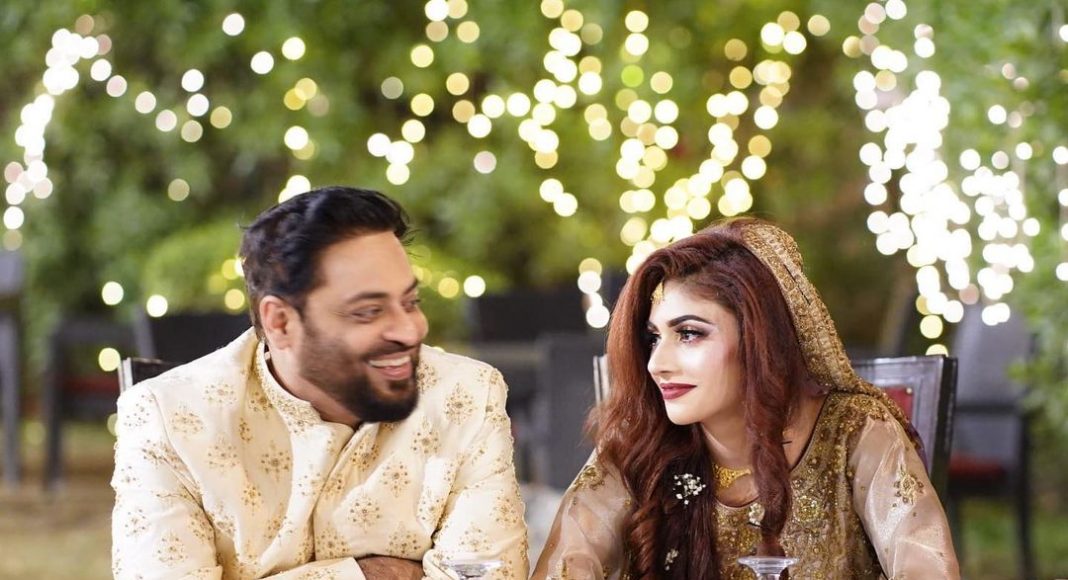 On the heels of his divorce from Syeda Dania Shah, he married her.

Dr. Aamir Liaquat Hussain, a television broadcaster and PTI Member of Parliament, has announced his third marriage to an 18-year-old woman.

Following his divorce from Syeda Tuba, he married Syeda Dania Shah on Wednesday, the day after their first date.

On February 9, Anwar shared the news with her Instagram followers. I want to bring to your attention a change that has occurred in my personal life, with a sad heart,” she stated. That after 14 months of separation, I had no choice but to accept khula from the court, my close relatives and friends are well aware of.

For Dr. Aamir Liaquat Hussain, the year 2021 was a particularly difficult one. The host of Inaam Ghar had to deal with a terrible divorce rumor involving his third wife, which he denied. He spent the last few days of the year in the hospital. Aamir Liaquat, on the other hand, has returned to the spotlight with the start of the new year. Dr. Aamir has been married again, and it hasn’t even been a day since Syeda Tuba formally declared her divorce.

Inaam Ghar’s presenter went to Instagram to announce his fourth marriage, which seemed to come out of left field. Dr. Aamir Liaquat and Syeda Dania Shah, an 18-year-old girl, tied the married in a traditional Muslim ceremony.

“She belongs to an honorable Najeeb ut Tarfain “Sadaat” Family of Lodhran, South Punjab,” he wrote in the caption, further describing her as “saraiki, lovely, charming, simple and darling. I would like to request all of my well wishers, please pray for us”.

He closed the post with a statement clarifying that he had “just walked through the dark tunnel, and that it had been a misunderstanding.” Dr. Aamir also decided to shut his comment area for fear of receiving negative feedback from the public.

Dr. Aamir Liaquat Hussain, the presenter of a popular television program, is well-known for stirring up controversy with his pranks and conduct. While others supported him on the grounds that he was an entertainer. Others felt that a man of his stature should conduct himself in a more appropriate manner. Since August 2018, he has also been a member of Pakistan’s National Assembly, where he has served since.